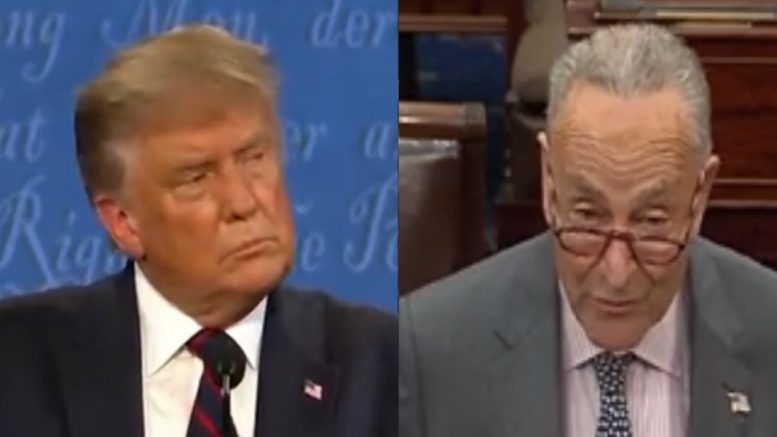 45th President Donald J. Trump issued a statement via email from his “Save America” PAC Thursday, urging Republicans to “take seriously the effort by Democrats to completely change America through the Reconciliation Process” regarding the pricey “infrastructure package” Democrats are trying to pass.

The former Commander in Chief said that “Republicans must push back for the sake of our Country”, and he detailed a few reasons why.

Republicans must take seriously the effort by Democrats to completely change America through the Reconciliation Process. Democrats are now suggesting that budget reconciliation can be used to pass Mail-In Ballot legislation as well as trying to include Amnesty in their infrastructure package.

The infrastructure package has little to do with infrastructure as we know it, bridges, roads, tunnels, etc., but is a dramatic expansion of Government that will cost much more than the $3.5 trillion being discussed. Don’t let this happen!

If Amnesty is included in the infrastructure package, there will be a run on our Southern Border the likes of which we have never seen before. It will be a signal that says “come to America now, because you will soon be a citizen.”

Providing Amnesty to illegal aliens, in the history of what already is considered the greatest Border catastrophe, will result in disaster beyond our gravest nightmares. No country can pay this price. Will lead to ruination! Continued Below

Any effort to dictate national Mail-In Voting will be a disaster for our Country and for conservatism. There will never be a Republican elected to high office again.

I urge every Republican to fight this and deny Democrats a quorum if that is what it takes to make sure that the Democrats can’t use reconciliation.

Republicans must push back for the sake of our Country and, far less importantly, the sake of the Republican Party! Continued Below

Senate Majority Leader Chuck Schumer (D., N.Y.) switched his vote to no, which he said gave him the option to bring the bill up again, Wall Street Journal reported.

Republicans had warned for days that they wouldn’t vote to start consideration of the roughly $1 trillion infrastructure package while key details remain unresolved.

“People basically have an objection to voting for something that they don’t know what they’re voting for,” said Sen. Bill Cassidy (R., La.), a part of the bipartisan group working to flesh out the loose infrastructure framework that 21 senators struck with the White House last month, Wall Street Journal reported.

Democrats plan to pass the $3.5 trillion package through a special process tied to the budget, known as reconciliation. That enables them to advance the legislation with just a simple majority, rather than the 60 votes most bills need in the Senate. But in the 50-50 Senate, they can’t afford even a single defection from among their own ranks, per WSJ.

“We’re going to have Democratic unity on a budget resolution with reconciliation instructions and we’re not going to go home until we do,” Senator Schumer said this week. 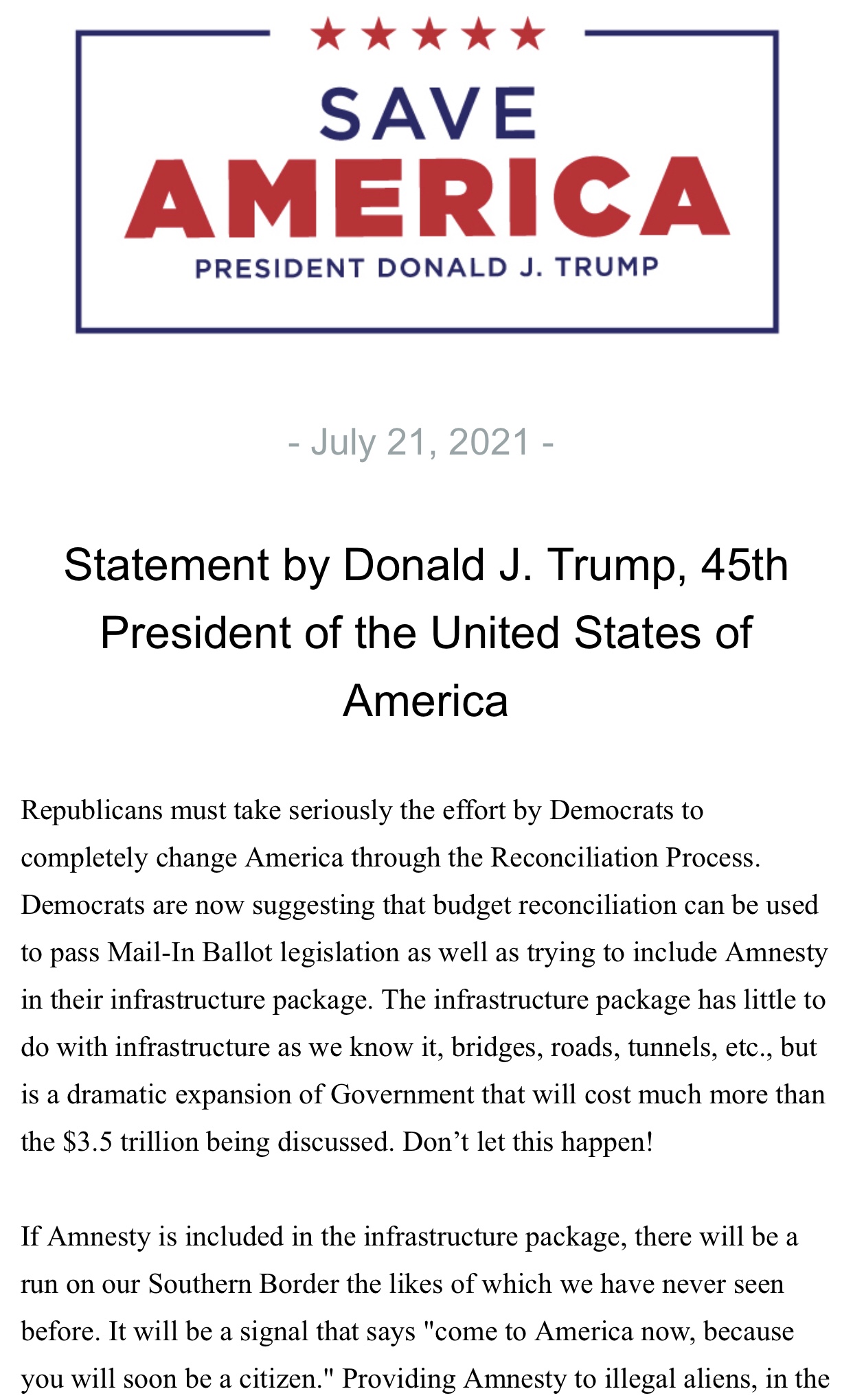 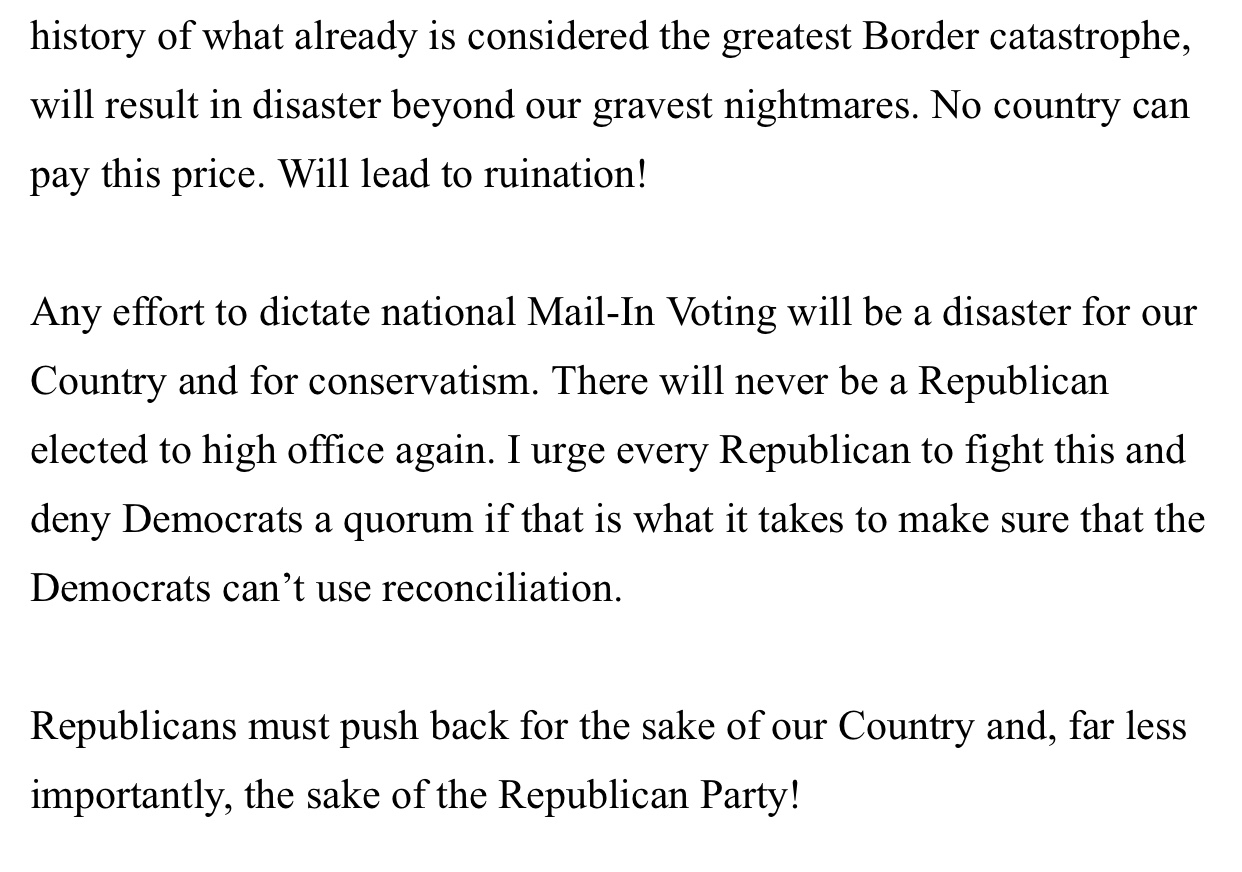