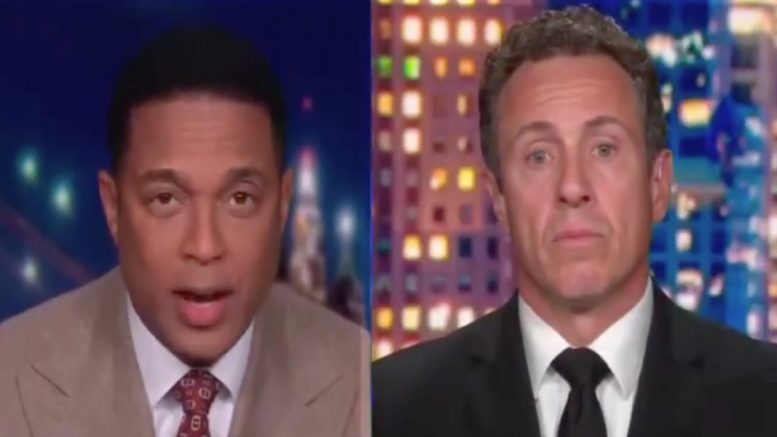 Thursday night on CNN, anchor Don Lemon sunk to a new low when he compared Trump voters to drug addicts and also claimed that he “had to get rid of a lot of people” in his life who back the president.

His colleague Chris Cuomo also vented his frustration at President Trump for continuing to hold rallies amid the global China virus pandemic.

“You know what the sad thing is? And I’ll be honest with you … I’ve had many people who I love in my life, and yeah I come from a red state, I’ve lived in several red states, there are a lot of friends who I’ve had to really get rid of because they are so nonsensical when it comes to this issue,” Don Lemon said. “They have every single talking point that they hear on state TV and that they hear from this president, they repeat it and they’re blinded by it.”

“I had to get rid of them because they’re too far gone. I try and I try and I try, they say something really stupid and then I’ll show them the science and I’ll give them the information, and they still repeat those talking points,” Lemon told Cuomo.

He continued, “And you know what? It’s so sad. And I don’t know if after this I’ll ever be able to go back and be friends with those people because, at a certain point, you just say they’re too far gone and I’ve got to let them go. And if they’re willing to come back, and if they’re willing to live in reality, then I would welcome them with open arms. But I can’t do it, I can’t do it anymore.” Video Below

CNN’s Don Lemon says he had to get rid of a lot of friends of his that are Trump supporters:

"I just had to get rid of a lot of people in my life because sometimes you have to let them go. I think they have to hit rock bottom like an addict.”pic.twitter.com/OTou3b54s4

At the beginning of the year, Lemon couldn’t stop laughing hysterically on air after ex-GOP strategist Rick Wilson insinuated President Trump’s administration is “defined by ignorance of the world” and his supporters are “credulous boomer rubes.”

Last year, President Trump ripped Don Lemon, calling him “the dumbest man on television” after the CNN host took a cheap shot at the Commander in Chief during one of the Democratic presidential debates.

“CNN’s Don Lemon, the dumbest man on television, insinuated last night while asking a debate ‘question’ that I was a racist, when in fact I am ‘the least racist person in the world'”, the president tweeted.

The Commander in Chief, however, fired back on Twitter after the interview, writing, “Lebron James was just interviewed by the dumbest man on television, Don Lemon. He made Lebron look smart, which isn’t easy to do. I like Mike!”