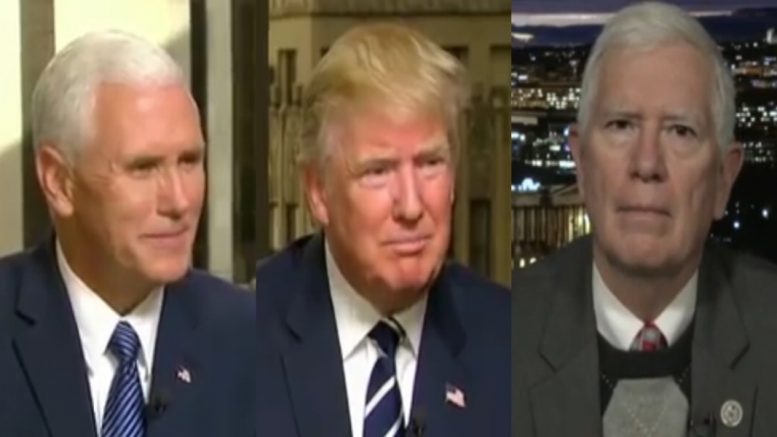 Rep. Mo Brooks (R-AL) spoke to “Fox & Friends” Monday morning, insisting that the evidence is “overwhelming and compelling”, adding that there was “serious voter fraud and election theft” in the November presidential election.

The Alabama congressman who said he will be objecting to the Electoral College vote returns during the congressional confirmation proceedings on January 6, reported that there are “dozens in the House of Representatives who’ve reached that conclusion as I have”.

“We’re going to sponsor and co-sponsor objections to the Electoral College vote returns in Michigan, Wisconsin, Pennsylvania, Georgia, Arizona, Nevada, and maybe more, depending on where we collectively want to go,” Rep. Mo Brooks said, who is leading efforts against the Electoral College’s vote for Joe Biden.

“The real issue is whether we’re going to have any senators, who have done their homework, who’ve studied what has transpired to the point where they understand what we do, that there has been massive voter fraud and election theft, unlike anything we’ve seen in American history,” the the Alabama Republican congressman said.

Rep. Brooks also slammed Rep. Adam Kinzinger (R-IL) and other Republican lawmakers as being “unwilling to do their homework or unwilling to make tough decisions.”

This comes after Kinzinger tweeted on Sunday, “All this talk about Jan 6th from @realDonaldTrump and other congressional grifters is simply explained: they will raise money and gain followers by blaming everyone else knowing full well they can’t do anything. It’s sad, and an utter scam. #restoreourgop.” Continued Below

Responding to Kinzinger’s tweet, Rep. Mo Brooks told “Fox & Friends”, “If he would do his homework, he would understand that the evidence is overwhelming and he could either surrender to the people who support voter fraud and election theft, or fight for his country on this particular issue. There is nothing more important to a republic than having an election system that is honest and accurate.”

“I suggest that everyone who is listening to my voice to go to the 2005 Commission on Federal Elections report, co-sponsored or co-authored by Democrat President Jimmy Carter and White House chief of staff James Baker. They identified the very same problems that we faced in this election. They warned us this was going to happen, and for 15 years Congress did nothing as this election was stolen just as they prophesied,” Brooks added, referring to the 2005 report over election reform.

In September, former Attorney General William Barr had described the risks of the widespread mail-in-voting and spared with anchor Wolf Blitzer during an an interview on CNN. Barr also cited the 2005 study from a bipartisan commission led by former President Carter and former Secretary of State James Baker who had warned that mail ballots were at risk of fraud and coercion. Video Below

The Electoral College vote makes the result official, unless Congress blocks the January 6 count. Under an 1887 law, a congressman and a senator together can submit written objections to a state’s vote count.

Rep. Mo Brooks (R-AL) has already announced his intention to object. Republican Sen. Rand Paul (KY) told CNN he is not ruling out joining Brooks to object and challenge election results. If Rep. Brooks is successful in finding a partner, the count would stop and the Senate and the House would separately debate the objection on the disputed state’s vote for up to two hours. Then the House and the Senate would vote on whether to sustain the objections, The Freedom Times previously reported.

Rep. Mo Brooks’ full remarks; his comments over the Electoral College begin at the 2:12 mark into the video: