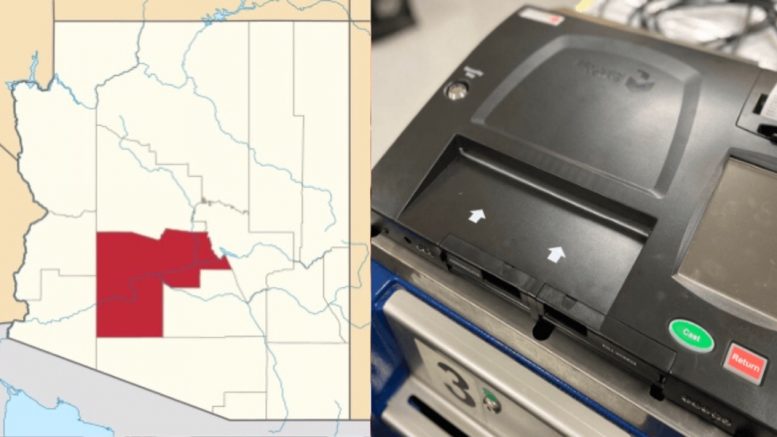 The Maricopa County Board of Supervisors announced on Wednesday that they have agreed to release election material to the Arizona Senate so that the Senate can perform an audit, according to a statement from Senate President Karen Fann.

The announcement comes after a legal battle between the supervisors and Senate that lasted more than a month, and just moments after President Joe Biden was inaugurated, AZ Central reported.

Senate President Karen Fann released a statement over the agreement with Maricopa County Board of Supervisors:

I am pleased to announce that after a hard-fought battle to seek information on behalf of Arizona voters regarding the integrity of the 2020 election, we have reached a favorable agreement with the Maricopa County Board of Supervisors.

Not only has the Board agreed to turn over all the relevant information we sought in our subpoenas so that we may perform an audit, but they also acknowledge that the Legislature is a sovereign power of the state and that the county is a political subdivision, and as such, the Legislature has the constitutional and statutory authority to issue subpoenas.

Chairman Jack Sellers was instrumental in facilitating this agreement and I appreciate his efforts. I look forward to continuing our work to restore integrity and faith in our election process. Continued Below

The subpoenas will “ensure that at least the legislature has a process in place” to vet the “veracity” of the 2020 election, said Farnsworth.