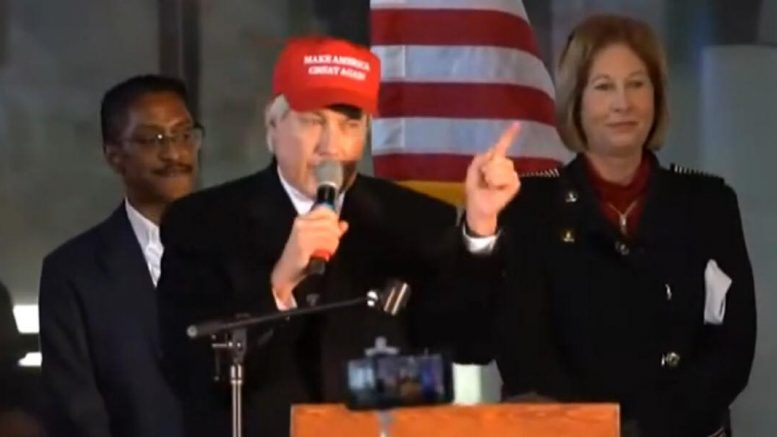 Lin Wood, defamation and personal injury lawyer, announced on Sunday that he will run to lead the South Carolina Republican Party, after moving to the Palmetto State from his home state of Georgia.

Wood reported his decision in a statement on Telegram, confirming that he would seek to oust Chairman Drew McKissick, who has run the South Carolina Republican Party since 2017.

In a statement on Telegram, Lin Wood wrote:

Tomorrow, my new Fireside Chat (No. 17) with Clay Clark will be released. Many will hear some news about my plans for the first time when #17 is released. You have been loyal to me. You have stood by my side despite the false and fierce attacks made against me. You have donated your money to #FightBack and offered my your prayers.

I asked you to get involved at the local level – “Live Local” – the phrase coined by my Telegram friend Jarrin Jackson. I owe it to you, my followers, to tell you the news first. Here it is.

Several concerned South Carolina Republicans who are conservative Patriots approached me a few days ago to ask me if I just talked the talk or would I walk the walk.

They want to take back their Republican Party. They want to return the power to the people – the members of the party. They have endured enough Rino Republicanism in the present leadership of the South Carolina GOP. They are demanding change. Continued Below

These good people asked me if I would run for Chairman of the South Carolina Republican Party. I said YES.

P.S. The games have already begun. The S.C Rino Republicans must have heard that I was running. Tactics similar to those which occurred in Fulton County, GA in November of 2020 are already being undertaken in South Carolina by the elites in leadership. Looks like I will have to wage a #FightBack campaign. Not my first rodeo.

Stay tuned for more. Continued Below

A compelling reason for my decision to run for Chair of the South Carolina Republican Party is that it is time for the leadership of the Party to recognize and appreciate the amazing Patriots stepping up to get involved in the party – this is NOT the time to take actions to exclude them.

Look at what happened in Horry County this weekend: The current Chair, Drew McKissick, brought in a 25-year old “state representative”, appointed by the state executive director, removed the person in charge in the county, and took over. This “representative” took all of the master thumb drives from today’s data entry as volunteers were working.

What jurisdiction does the state have in Horry County ReOrg elections? This is completely outside of the scope of state leadership – counties run their counties. Interference by the state has no place in this county process.

The only reasonable explanation for this intrusion is that Horry County had major numbers of MAGA Republicans coming out to ReOrg. The old leadership of the “cabal” is fearful of losing the power they have maintained for years because concerned citizens are now ready to play an active and significant role in what the GOP does. Continued Below

The People have ALL the power – not the elite cabal of the old guard leadership. The People of the South Carolina Republican Party will bring INTEGRITY back to the party and to the government.

I trust We The People. It will be my privilege to work for The People as they pursue their goals. Continued Below