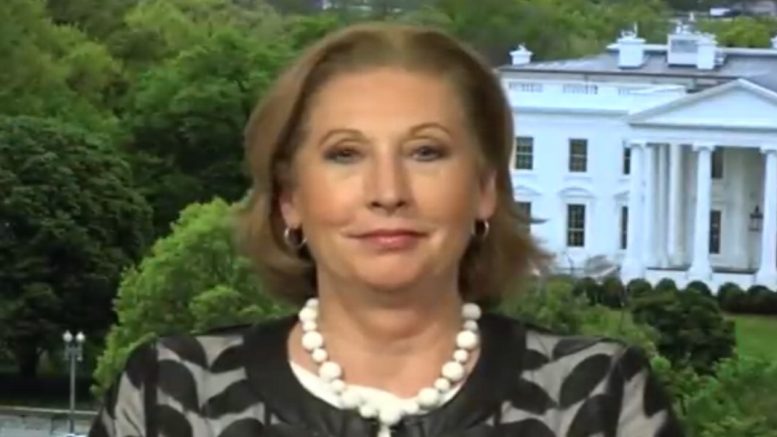 Dominion Voting Systems on Friday, filed a defamation lawsuit against attorney Sidney Powell for claiming that the voting machine company rigged the 2020 presidential election for Joe Biden by manipulating votes.

Dominion is seeking $1.3 billion in damages and an order from the court for Powell to cease making false statements about it, The Hill reported.

“The recent attacks on the democratic process are not singular or isolated events,” Dominion CEO John Poulos said on a call with reporters Friday morning. “They are the result of a deliberate and malicious campaign of lies over many months. Sidney Powell and others created and disseminated these lies, assisted and amplified by a range of media platforms.

“Lies were told about government election officials, election workers and dominion voting systems,” Poulos continued. “Those lies have consequences. They have served to diminish the credibility of U.S. elections. They have subjected officials and Dominion employees to harassment and death threats. They have severely damaged the reputation of our company. Today is just the first step to restore our good name, and faith in elections by holding those responsible to account.”

The 124-page complaint filed in a Washington, D.C., federal court alleges Powell “promote[d] a false preconceived narrative” about the 2020 vote, which included unsubstantiated claims that the company was established in Venezuela as part of a vote-rigging operation in favor of the late socialist leader Hugo Chávez and that Dominion bribed state officials in Georgia to secure its contract. Continued Below

“As a result of the defamatory falsehoods peddled by Powell — in concert with like-minded allies and media outlets who were determined to promote a false preconceived narrative — Dominion’s founder, Dominion’s employees, Georgia’s governor, and Georgia’s secretary of state have been harassed and have received death threats, and Dominion has suffered enormous harm,” the complaint states.

Sidney Powell reacted Friday, stating on Twitter that the suit against her is “baseless and filed to harass, intimate, and drain our resources”.

“Dominion’s suit against me and DefendingTheRepublic.org is baseless & filed to harass, intimidate, and to drain our resources as we seek the truth of Dominion Voting Systems’ role in this fraudulent election. We will not be cowed in exercising our 1st Amendment rights or seeking truth,” Powell stated. 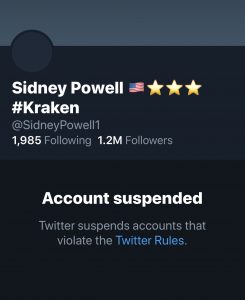 Powell released a statement on Parler:

Sidney Powell also retweeted the following posts on Friday before her account was suspended.