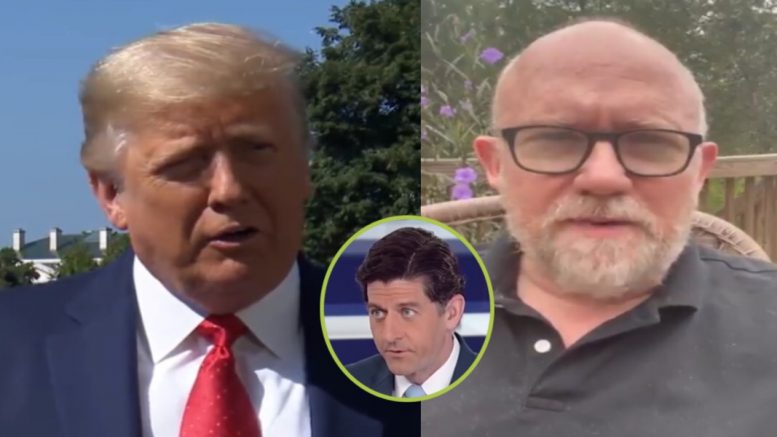 Donald Trump indicated he will sue Fox News and The Lincoln Project after the network aired the anti-Trump group’s attack ad against the 45th Commander in Chief.

The smear ad is titled “Sucker,” and claims Republicans are suckers for believing anything Trump tells them. The ad aired on a local Fox affiliate and not specifically Fox News.

“The Perverts and Lowlifes of the Lincoln Project are back on, where else, Fox News. I thought they ran away to the asylum after their last catastrophic campaign, with charges made against them that were big time sleaze, and me getting many millions more votes in 2020 than I got in 2016,” President Trump wrote on Truth Social Thursday.

“The Paul Ryun (sic) run Fox only has high standards for ‘Trump’ ads, but not for anyone else. The Perverts should not be allowed to ‘false advertise,’ and Fox News should not allow it to happen. See you all in Court!!!” he declared.

Mr. Trump’s post seems to be a subtle hint at the stories about former Lincoln Project operative John Weaver, who faced accusations from multiple men of inappropriate sexual contact. Mr. Trump noted how former House Speaker Paul Ryan, with whom he frequently clashed during his presidency, sits on the board for Fox News, the Independent reported.

In response, Rick Wilson of the Lincoln Project tweeted a video, saying in part, “Go for it! Go for it, b****. Come at me. I can’t wait. We’re delighted by the thought you would try to sue us, Donald.”

This is the ad that pissed off Trump this morning. pic.twitter.com/Ee8edHICu3

Donald Trump is "Truthing" that he's going to sue @ProjectLincoln.

I have words for him. pic.twitter.com/0Cnyu5xQ3W