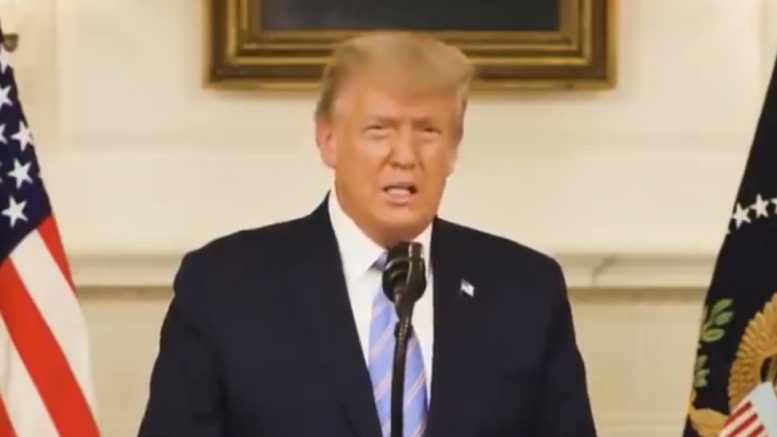 The Supreme Court on Monday declined to step in to halt the release of former President Donald Trump’s tax returns from Manhattan prosecutors who are probing the Trump Organization.

The Supreme Court, however, did not offer an explanation for its decision.

The 45th President responded in fiery statement Monday following the Supreme Court’s decision, calling the investigation a “continuation of the greatest political Witch Hunt in the history”.

“This investigation is a continuation of the greatest political Witch Hunt in the history of our Country, whether it was the never ending $32 million Mueller hoax, which already investigated everything that could possibly be investigated, ‘Russia Russia Russia,’ where there was a finding of ‘No Collusion,’ or two ridiculous ‘Crazy Nancy’ inspired impeachment attempts where I was found NOT GUILTY. It just never ends!” former President Donald Trump expressed. Continued Below

So now, for more than two years, New York City has been looking at almost every transaction I’ve ever done, including seeking tax returns which were done by among the biggest and most prestigious law and accounting firms in the U.S. The Tea Party was treated far better by the IRS than Donald Trump. The Supreme Court never should have let this “fishing expedition” happen, but they did.

This is something which has never happened to a President before, it is all Democrat-inspired in a totally Democrat location, New York City and State, completely controlled and dominated by a heavily reported enemy of mine, Governor Andrew Cuomo.

These are attacks by Democrats willing to do anything to stop the almost 75 million people (the most votes, by far, ever gotten by a sitting president) who voted for me in the election—an election which many people, and experts, feel that I won. I agree!

The new phenomenon of “headhunting” prosecutors and AGs—who try to take down their political opponents using the law as a weapon—is a threat to the very foundation of our liberty. That’s what is done in third world countries. Even worse are those who run for prosecutorial or attorney general offices in far-left states and jurisdictions pledging to take out a political opponent. That’s fascism, not justice—and that is exactly what they are trying to do with respect to me, except that the people of our Country won’t stand for it.

In the meantime, murders and violent crime are up in New York City by record numbers, and nothing is done about it. Our elected officials don’t care. All they focus on is the persecution of President Donald J. Trump.

I will fight on, just as I have, for the last five years (even before I was successfully elected), despite all of the election crimes that were committed against me. We will win! 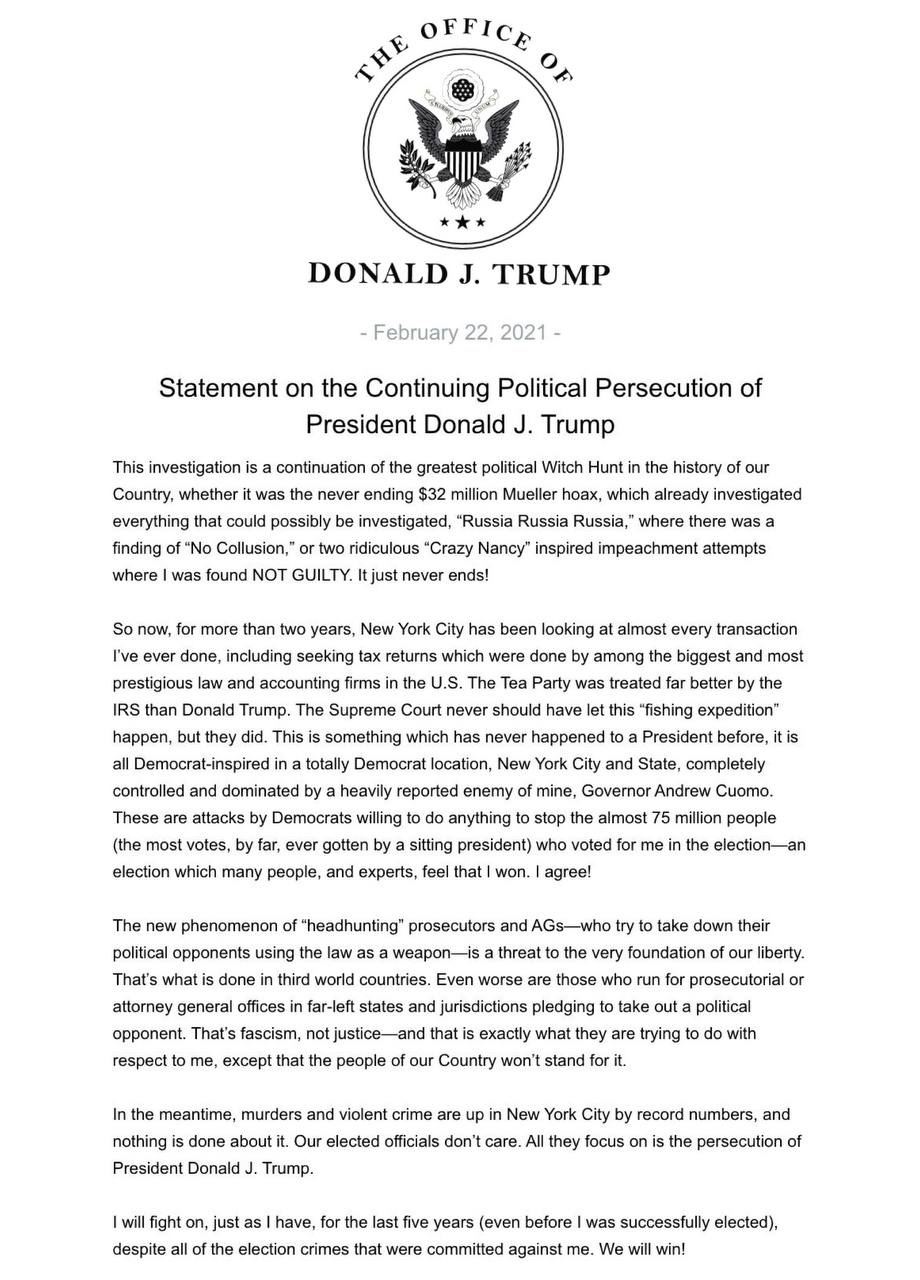