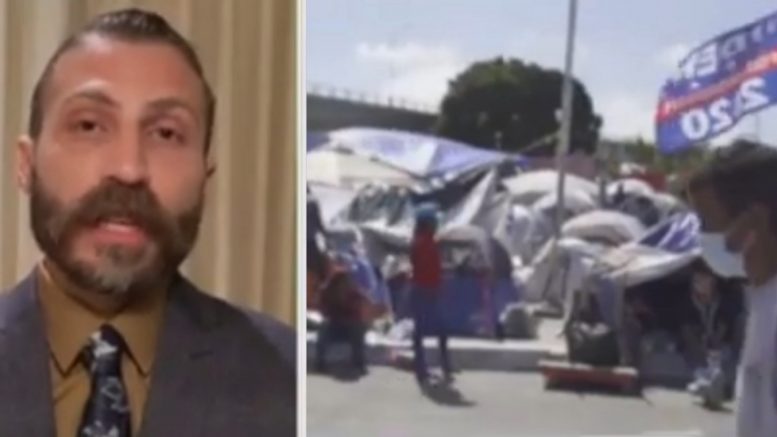 Del Rio, Texas mayor Bruno Lozano thinks that the way Joe Biden and his administration are handling the situation at the southern border is “absurd” to the point that he is okay with referring to it as the “Biden border crisis.”

With thousands of migrants being allowed to surge across the border and into Texas during the same time that the Lone Star state had already been dealing with a winter weather crisis — Lozano is furious that the Biden Administration has “no plan of action” moving forward.

Related Article: Trump: “The Biden Administration Has Turned A National Triumph Into A National Disaster”

“It is a Biden border crisis, in my opinion, because there’s no plan of action. And seeing what we’re seeing now with what’s happening in the Rio Grande Valley with people wrapped around in blankets made out of silver — I mean, it’s just kind of absurd what’s happening,” Lozano told Fox Business host Charles Payne on Monday. He went on to agree that the entire situation “feels like a slap in the face.”

“When you’re pleading with the President to stop the release of migrants into your community while we’re dealing with the weather phenomenon that hasn’t happened in 20 to 30 years, and we only get three or four days of that time for the border control sector…it’s just really like ‘Whose side are you on?!'” Mayor Lozano said.

“The American people are without water, electricity for days on end in Del Rio, Texas, and you’re going to release migrants — you know those individuals that are seeking a better life and opportunity — into this weather phenomenon?” he questioned. “I don’t even understand how that can even happen.” Video Below

Tomi Lahren Blasts Kamala Harris After Visiting The Border: “She Hasn’t Gone Down — She Hasn’t Done What I’ve Done”