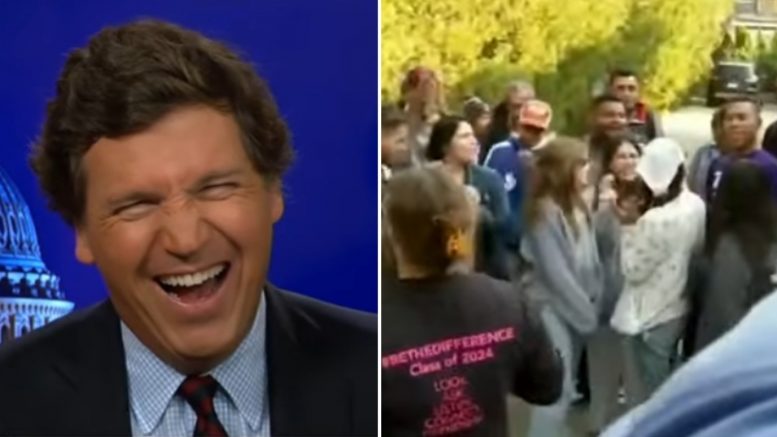 Tucker Carlson had a hard time holding back from laughing while covering the overall response from Martha “Vineyarders” after two plane loads of migrants were unexpectedly flown into their community from Florida.

The Fox News host read multiple statements from local organizations that were released in the moments after the illegal immigrants were transported to a nearby military base less than 48 hours of their arrival to the upscale area.

Matt Gaetz’s Son, Nestor, Responds To Rep. Richmond’s Remarks: “You’re Kind Of Being A Hypocrite There”