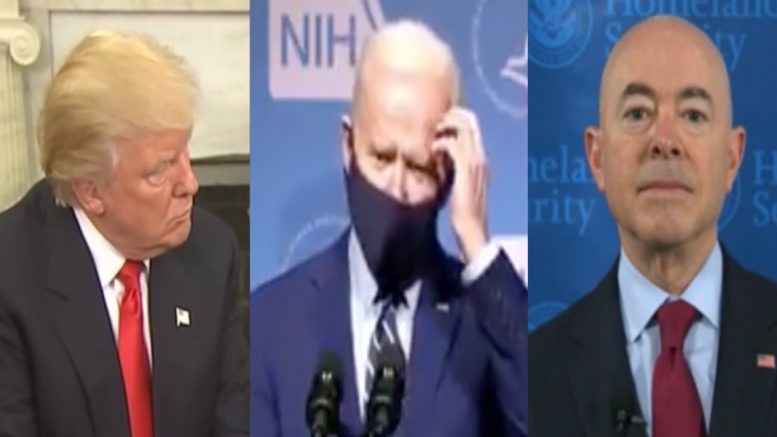 Former President Donald Trump released a statement via email on Sunday, slamming the Biden administration and Homeland Security Secretary Alejandro N. Mayorkas over the mismanaging of protecting American citizens, amid the surge of unaccompanied children and illegal aliens, which is causing a crisis at the U.S.- Mexico border.

Mayorkas sat in for 5 interviews on Sunday: ABC’s “This Week”, CNN’s “State of the Union”, Fox News’ “Fox News Sunday”, NBC’s “Meet the Press”, and MSNBC’s “The Sunday Show”– all of which, he defended the administration’s handling of the crisis at the southern border.

In a statement on Sunday via email, Donald J. Trump, 45th President of the United States of America, stated:

The pathetic, clueless performance of Secretary Mayorkas on the Sunday Shows today was a national disgrace. His self-satisfied presentation—in the middle of the massive crisis he helped engineer—is yet more proof he is incapable of leading DHS. Even someone of Mayorkas’ limited abilities should understand that if you provide Catch-and-Release to the world’s illegal aliens then the whole world will come.

Furthermore, the Mayorkas Gag Order on our Nation’s heroic border agents and ICE officers should be the subject of an immediate congressional investigation. But it’s clear they are engaged in a huge cover-up to hide just how bad things truly are. The only way to end the Biden Border Crisis is for them to admit their total failure and adopt the profoundly effective, proven Trump policies.

They must immediately complete the wall, which can be done in a matter of weeks—they should never have stopped it. They are causing death and human tragedy. In addition to the obvious, drugs are pouring into our country at record levels from the Southern Border, not to mention human and sex trafficking. This Administration’s reckless policies are enabling and encouraging crimes against humanity. Our Country is being destroyed! Continued Below

Official statement from the 45th President: 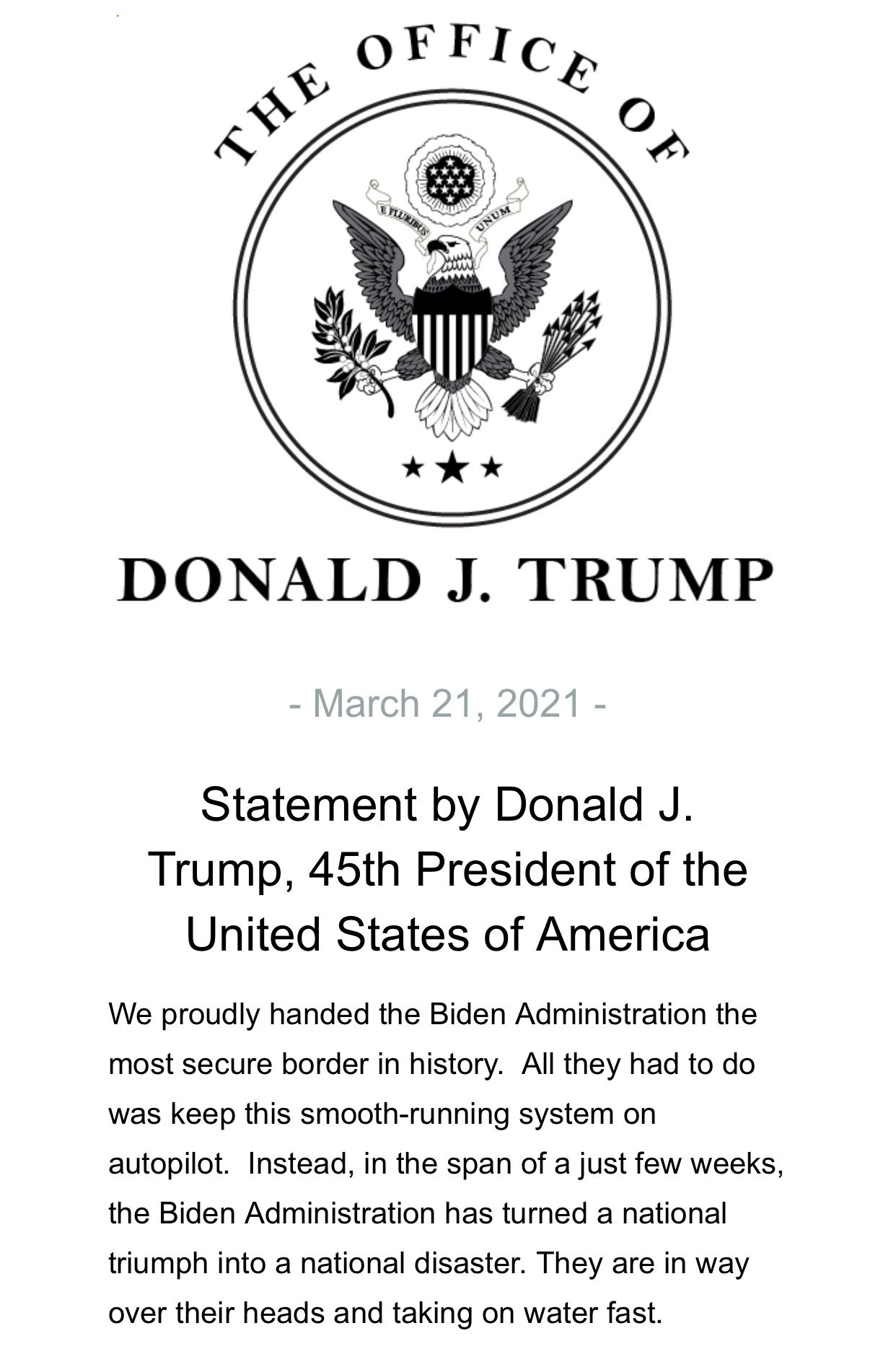 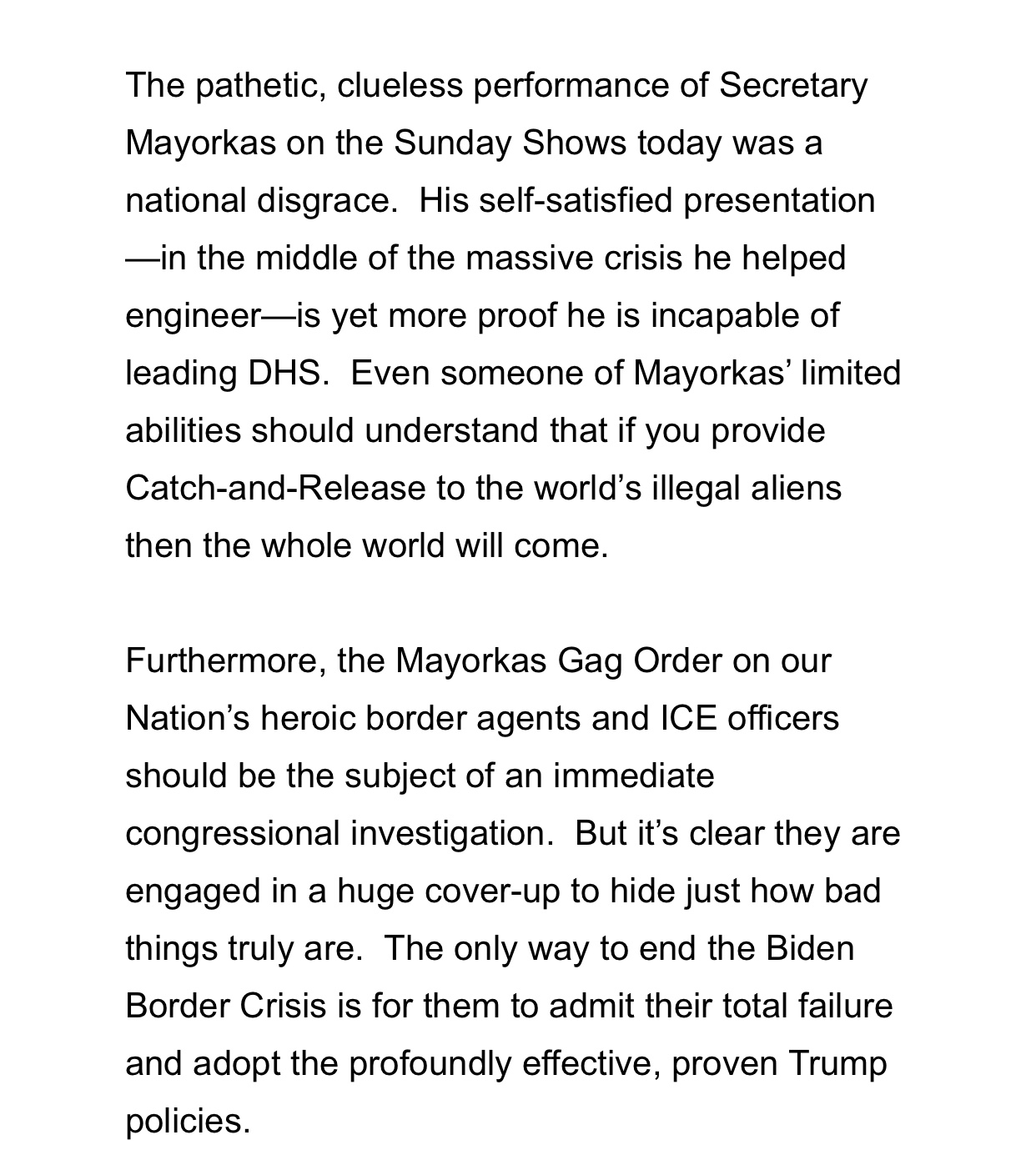 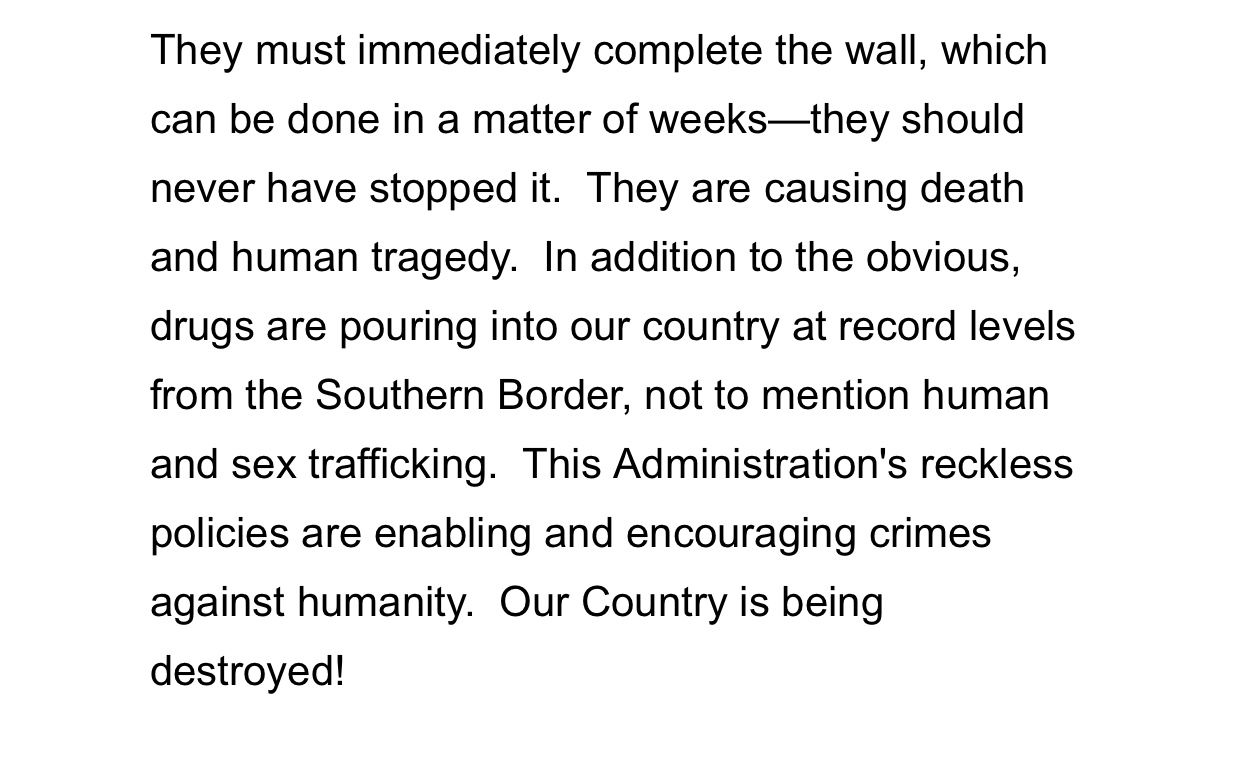 ‘See you all in Court!!!’: Trump Fires Back at Fox News & Lincoln Project for Attack Ad