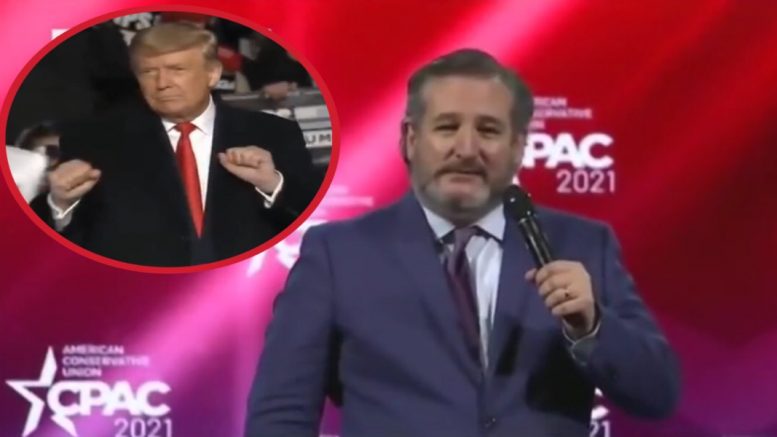 “I’m gonna close with these words of encouragement: … There is a natural pendulum of politics, and the country will come back to sanity. And mark my words, 2022 is going to be a fantastic election year and so is 2024 as we stand together and defend liberty, defend the Constitution, defend the Bill of Rights of every American. In the immortal words of William Wallace, ‘Freedom!'” the Texas Senator expressed. Video Below

(Related: Trump Advisor Indicates ‘What You Are Going To Hear’ During The 45th President’s CPAC Speech)