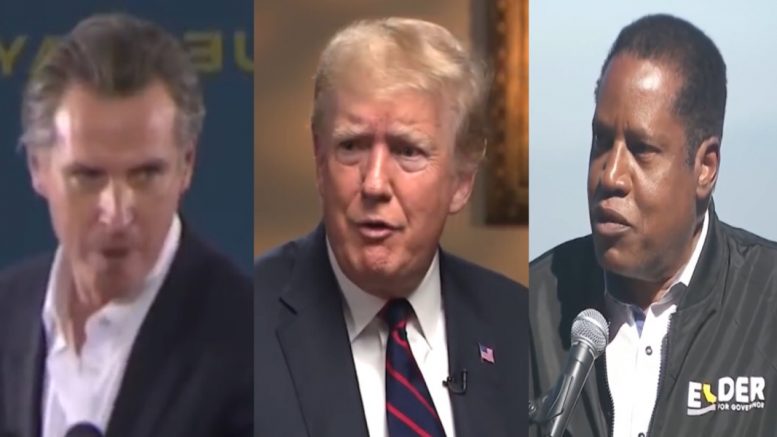 45th President Donald J. Trump issued a statement via email from his “Save America” PAC on Tuesday, weighing in on the California recall election of Governor Gavin Newsom (D).

Trump, in his statement, predicted that the recall election will be “rigged” in favor of Newsom, citing recent allegations of alleged voter fraud in the Golden State.

People don’t realize that, despite the Rigged voting in California (I call it the “Swarming Ballots”), I got 1.5 Million more votes in 2020 than I did in 2016. The place is so Rigged, however, that a guy who can’t even bring water into their State, which I got federal approval to do (that is the hard part), will probably win.

Billions of gallons of water coming to California from the North is being sent out to sea, rather than being spread throughout the State. This is to protect the tiny delta smelt, which is doing far worse now without the water.

In any event, it all doesn’t matter because the California Election is totally Rigged. Many people are already complaining that when they go to vote they are told, “I’m sorry, you already voted” (Just like 2020, among many other things).

They then leave angry, but fortunately, even the Fake News Media has been reporting it. Continued Below

In an email statement on Monday, former President Trump wondered, “Does anybody really believe the California Recall Election isn’t rigged?”

“Millions and millions of Mail-In Ballots will make this just another giant Election Scam, no different, but less blatant, than the 2020 Presidential Election Scam!” he said.

He later added in another Monday statement, “The Big Lie” is the Presidential Election of 2020. When the Fake News Media uses that term, always remember that this was the Election that is destroying our Country, both inside and out!” Continued Below

🚨 What the hell is going on in California?
Cc: @larryelder pic.twitter.com/3Ztx0xwu1J

Many Californians say they are experiencing issues with their mail in ballots. Other former California residents say they are receiving notifications that mail-in ballots were sent to them, despite in some cases not having lived in California for over 7 years. Another person was caught on video claiming that they voted “no” to the recall three separate times.

Additionally, last month 300 recall ballots and other mail were found in a felon’s vehicle after he allegedly passed out in the vehicle while abusing drugs, sparking concern from police. Authorities say the recall ballots were found alongside other mail including driver’s licenses, drugs, and a loaded firearm.

Meanwhile, Governor Gavin Newsom and Democrat House Speaker Nancy Pelosi’s family was once related through a marriage years ago. 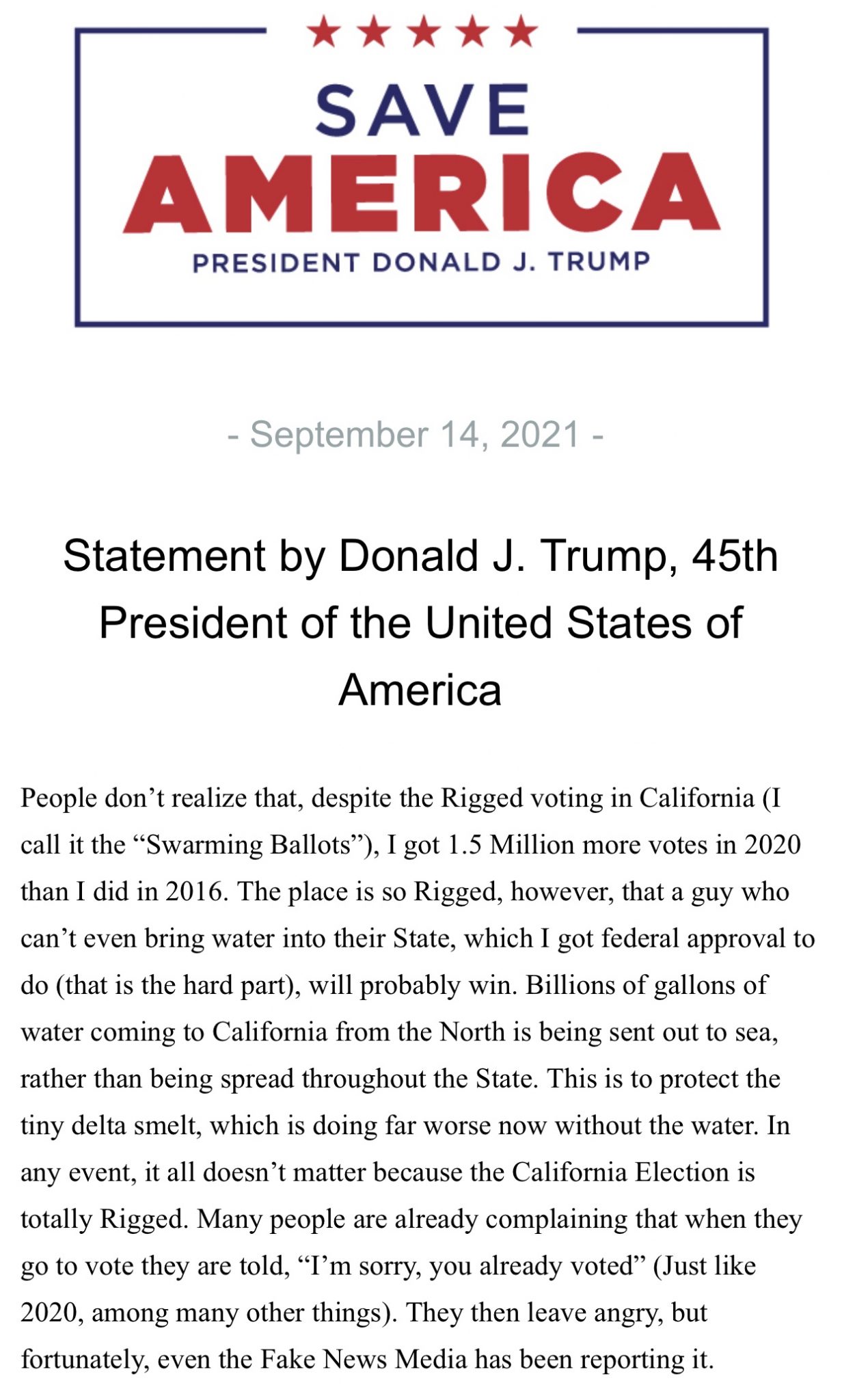 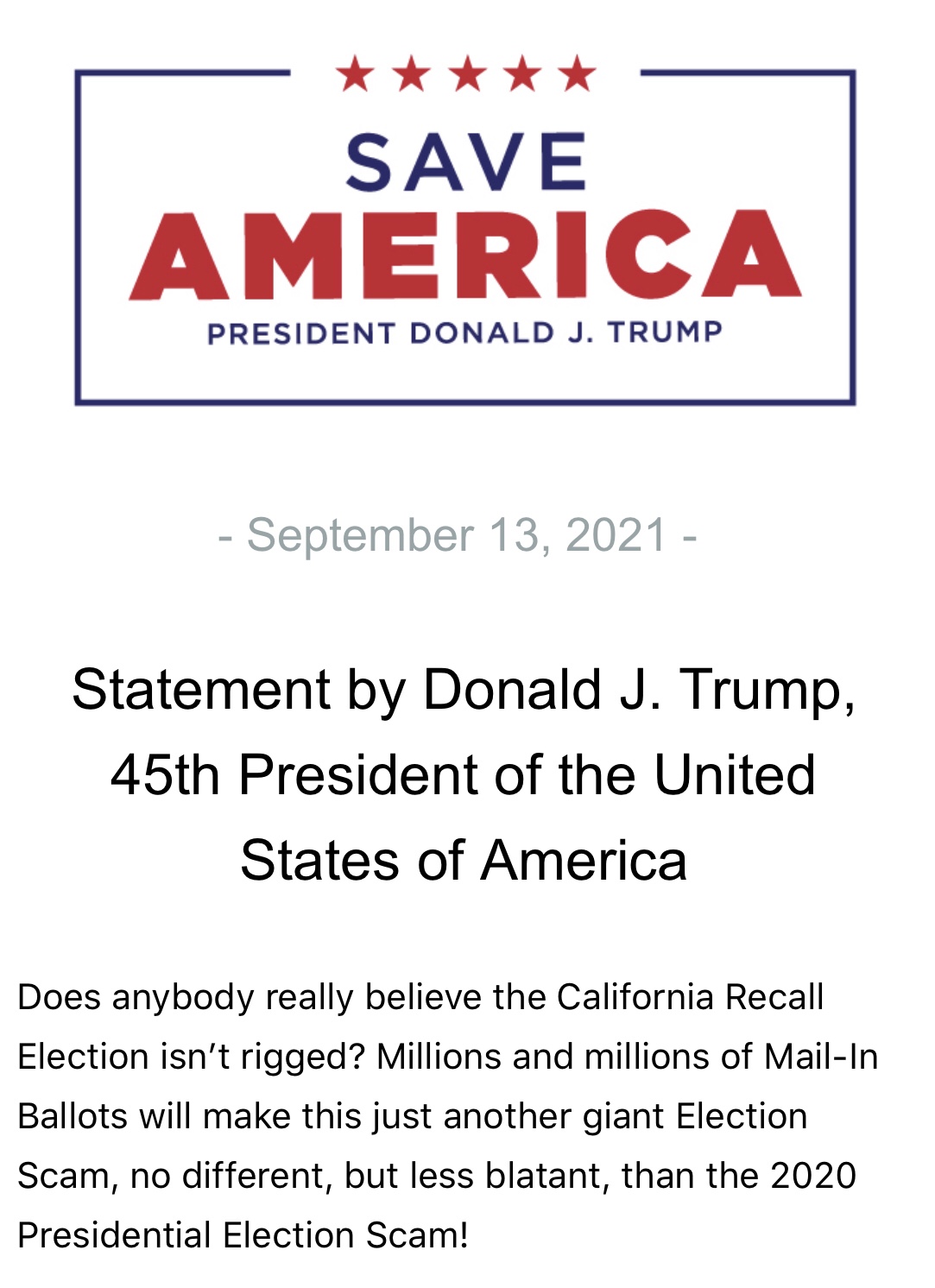 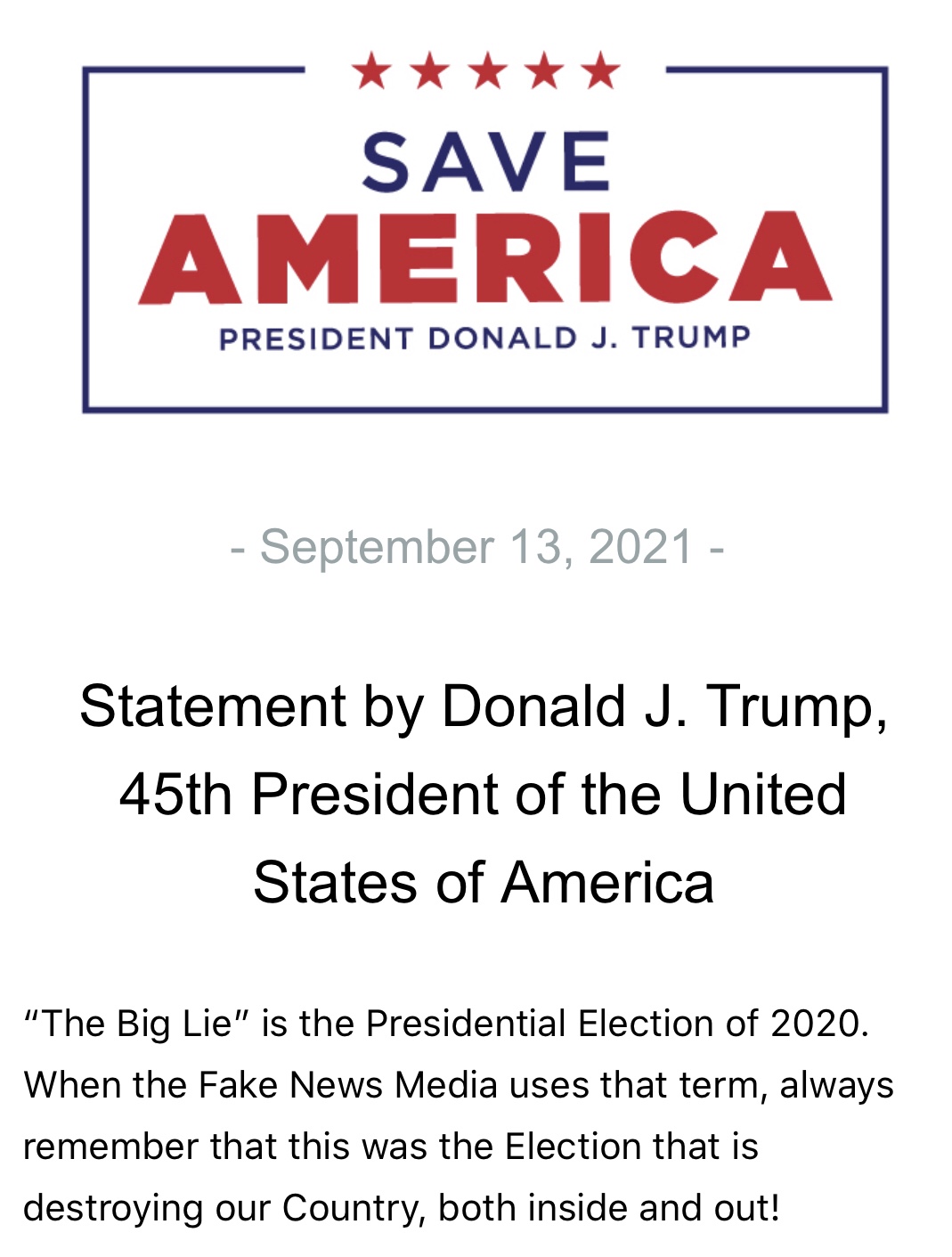