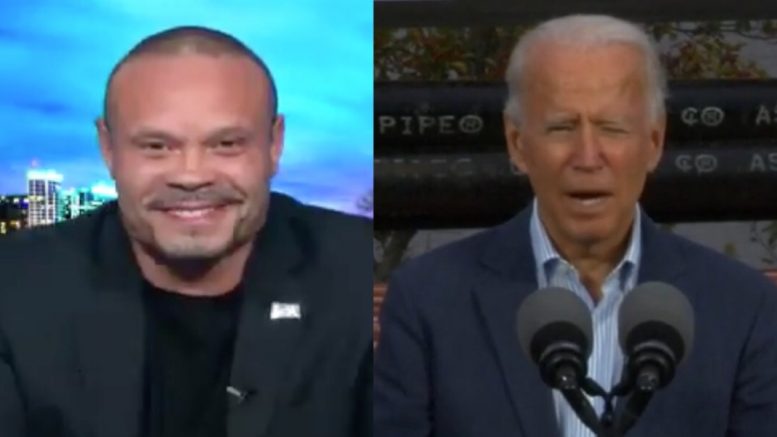 “Lets be crystal clear on this, this is not hyperbolic. The Biden campaign for presidency is the biggest con job in the history of presidential campaigns. I’m not kidding,” Bongino said, before clarifying.

“He’s managing to lie to both sides of his side of the aisle,” Dan Bongino suggested.

Bongino listed a “perfect example of how Biden is conning all of them”, adding, “And people are starting to get hip to this, including the libs”.

“He’s telling the liberal side, ‘Don’t worry there are gonna be massive tax hikes and I’m gonna repeal the Trump tax cuts’. The libs are like, ‘Great! More money for the government’. Then he’s telling the moderates, ‘Don’t worry, I’m not gonna hike middle class taxes’. Judge, both of those can’t be true, because the Trump tax cuts cut middle class taxes. It’s not true,” Bongino pointed out. Continued Below

Civil Rights attorney Leo Terrell also weighed in during the segment, saying that “Joe Biden is a figure head”.

“Joe Biden has no power within the Democratic Party. He’s being run by the progressives. And here’s the problem; Dan is absolutely right. He’s afraid to open his mouth because he’ll lie either way, because he’s not in charge. If President Trump ever debates him again, just ask those same questions: universal healthcare, free tuition, defund the police, because Joe Biden is gonna alienate either side of his base,” Terrell said.

“Right now he’s gotten a pass because he doesn’t have to answer. He is a figurehead, nothing more, nothing less,” Terrell added. Video Below

As always, my all-star panel @dbongino & @TheLeoTerrell join me with a fiery discussion regarding the progressive democrats unveiling a new vision for America that seeks to pull Biden further left. pic.twitter.com/uiQNXcGCDU

35 Republicans Vote In Favor Of Jan. 6 Commission; Trump Reacts: “Sometimes There Are Consequences To Being Ineffective & Weak”