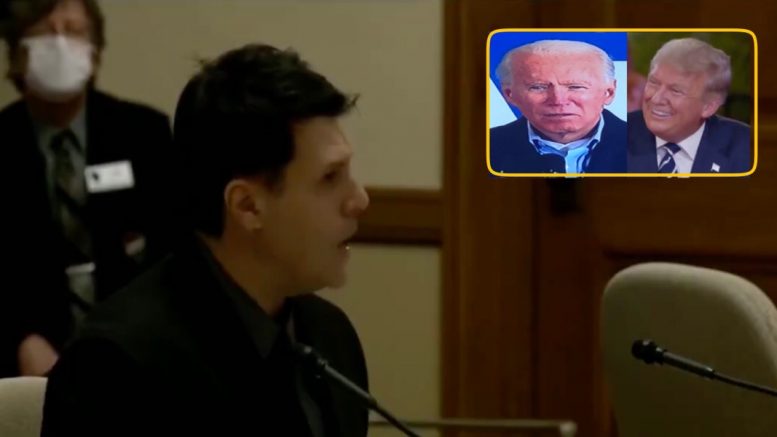 On Friday, the Wisconsin Assembly Committee on Campaigns and Elections and the Senate Committee on Elections, Ethics and Rural Issues held a joint public hearing to review the 2020 general election.

During the hearing it was revealed that a nursing home resident in Wisconsin was reportedly advised to vote for Joe Biden, even though she wanted to vote for President Donald Trump.

A nursing home staff member reportedly told a resident named Susan, “No no. He’s a bad man. We are voting for Biden,” instructing the resident to do so against her wishes.

Another 95-year-old woman who died in October 2020 in a nursing home, who battled with dementia, which was brought on by having a stroke, also reportedly voted for Joe Biden.

The deceased woman’s daughter, Janet, gave a sworn statement to police after finding out her mother had voted in the 2020 election and other previous elections for years “even though she has not been mentally competent enough to [vote] since at least 2012.”

Janet, in sworn statement said, “Mom could sometimes could not recognize me or remember what her last meal was or even what day it was and she voted. … I inquired who had requested a ballot for her and had access to her to assist in filling out the ballot– I have not been able to visit her personally for months. They never gave me an answer on how she received a ballot.” Video Below

(Related: MI Democrat Rep. Warns Trumpers To ‘Walk Lightly’ Orders ‘Soldiers’ To ‘Be In Order’ & ‘Do It Right’)