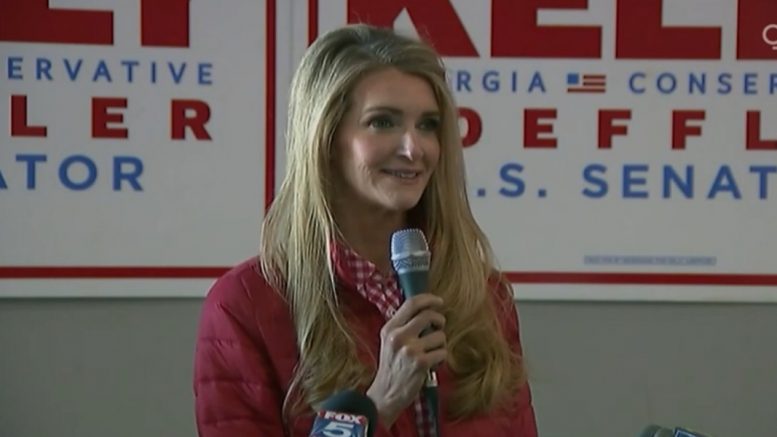 Senator Kelly Loeffler (R-GA) released a statement on Monday, just a day ahead of Georgia’s highly anticipated Senate runoff elections, announcing that she will “vote to give President Trump and the American people the fair hearing they deserve and support the objection to the Electoral College certification process”.

Loeffler’s commitment to object comes just hours before Georgians hit the polls to cast their ballots on Tuesday in races in which the Senate’s balance of power will be decided.

The American people deserve a platform in Congress, permitted under the Constitution, to have election issues presented so that they can be addressed.

That’s why, on January 6th, I will vote to give President Trump and the American people the fair hearing they deserve and support the objection to the Electoral College certification process.

I have also already introduced legislation to establish a commission to investigate election irregularities and recommend election integrity measures, which I will be working to get passed in the Senate. We must restore trust, confidence, and integrity in our election system.

On Saturday, Senator Ted Cruz (R-TX) and a group of other Republican senators also announced that they would object to the certification unless there was an emergency 10-day audit of the results by an electoral commission. Additionally, last month, Sen. Josh Hawley (R-MO) said he would object to, at the very least, the results in Pennsylvania.

Meanwhile, more than 100 GOP House members will object to the election results in Arizona, Georgia, Michigan, Pennsylvania, Nevada, and Wisconsin.

(Related: Levin: “Any Republican Who Doesn’t Stand Up To This On 1/6…You Are Shredding The Constitution Along With Democrats”)