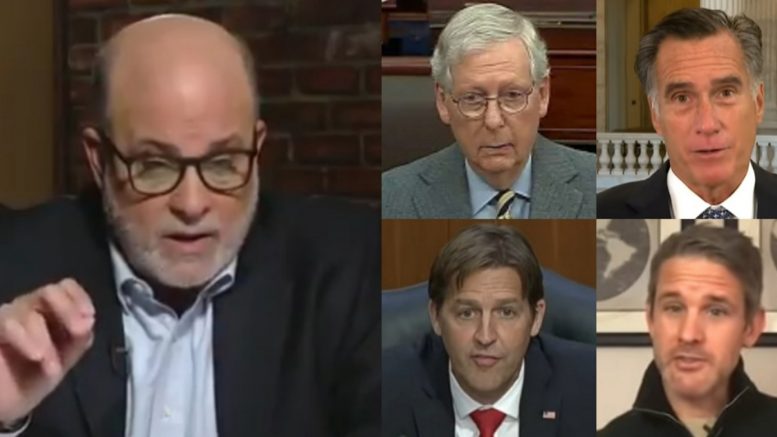 On Sunday, Mark Levin issued a special message directed towards “Republicans, particularly in the United States Senate, but also in the House” in regards to the upcoming joint session of Congress on January 6 to validate the electoral votes for the 2020 election.

While dozens of House and Senate Republicans have already announced their intentions to challenge the election results during the joint session, Levin thinks it’s critical that ALL GOP lawmakers “stand up” and “defend” the Constitution on the 6th. And if they don’t, they will only be helping the Democrat Party “who put the nation in this position.”

Related Article: Levin: “This Election Has Exposed The Complete Collapse Of The Judiciary As A Check On Unconstitutional Acts”

“Any Republican who doesn’t stand up to this on January 6 — win, lose or draw, it’s the principle, it’s the issue…the American people need to know you’re serious about defending the Constitution — you are shredding the Constitution along with all those Democrats and the Democrat Party who put the nation in this position,” Levin said.

He continued: “Do you understand me, Mitch McConnell, John Thune, John Cornyn? The Republican leadership in the Senate has been utterly pathetic. We’re not taking any election from anybody. They’re destroying the election laws and they’re destroying the Constitution, and you have taken an oath to uphold it.

“In the House, you need to not listen to people like Adam Kinzinger and others who put out YouTube videos about how righteous they are — or Ben Sasse, even worse. These people do not understand the Constitution and they are not defending it or supporting the Constitution,” he concluded.