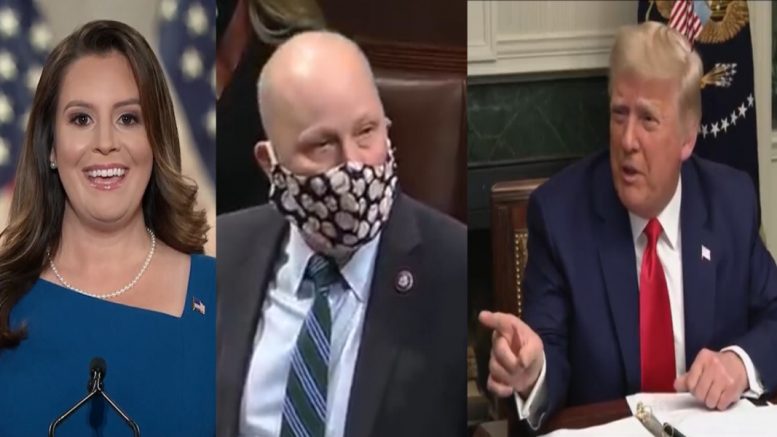 The 45th President issued a statement via “From the Desk of Donald Trump” on Thursday over reports that Rep. Chip Roy (R-TX) is considering a run against Rep. Elise Stefanik (R-NY) for the House GOP leadership after Rep. Liz Cheney was removed from her role as the Chair of the House Republican Conference, the third-highest position in the House Republican leadership.

“While not ruling anything out, Congressman Roy has never sought a position in conference leadership. His focus is on serving Texas’ 21st Congressional district … But if the position must be filled, then this must be a contested race — not a coronation,” Roy’s office told the Daily Caller when asked about a possible run.

Can’t imagine Republican House Members would go with Chip Roy—he has not done a great job, and will probably be successfully primaried in his own district.

I support Elise, by far, over Chip!

(Related: Trump Celebrates The Removal Of Liz Cheney’s Leadership Role: “I Look Forward To Soon Watching Her As A Paid Contributor On CNN Or MSDNC!”)

Trump said on Monday: “The House GOP has a massive opportunity to upgrade this week from warmonger Liz Cheney to gifted communicator Elise Stefanik. Elise has intelligence, an endorsement from American Patriot Brandon Judd and the National Border Patrol Council, she has an A+ from the NRA, and she loves our Veterans.”

“We need someone in Leadership who has experience flipping districts from Blue to Red as we approach the important 2022 midterms, and that’s Elise! She knows how to win, which is what we need!” he added. Continued Below 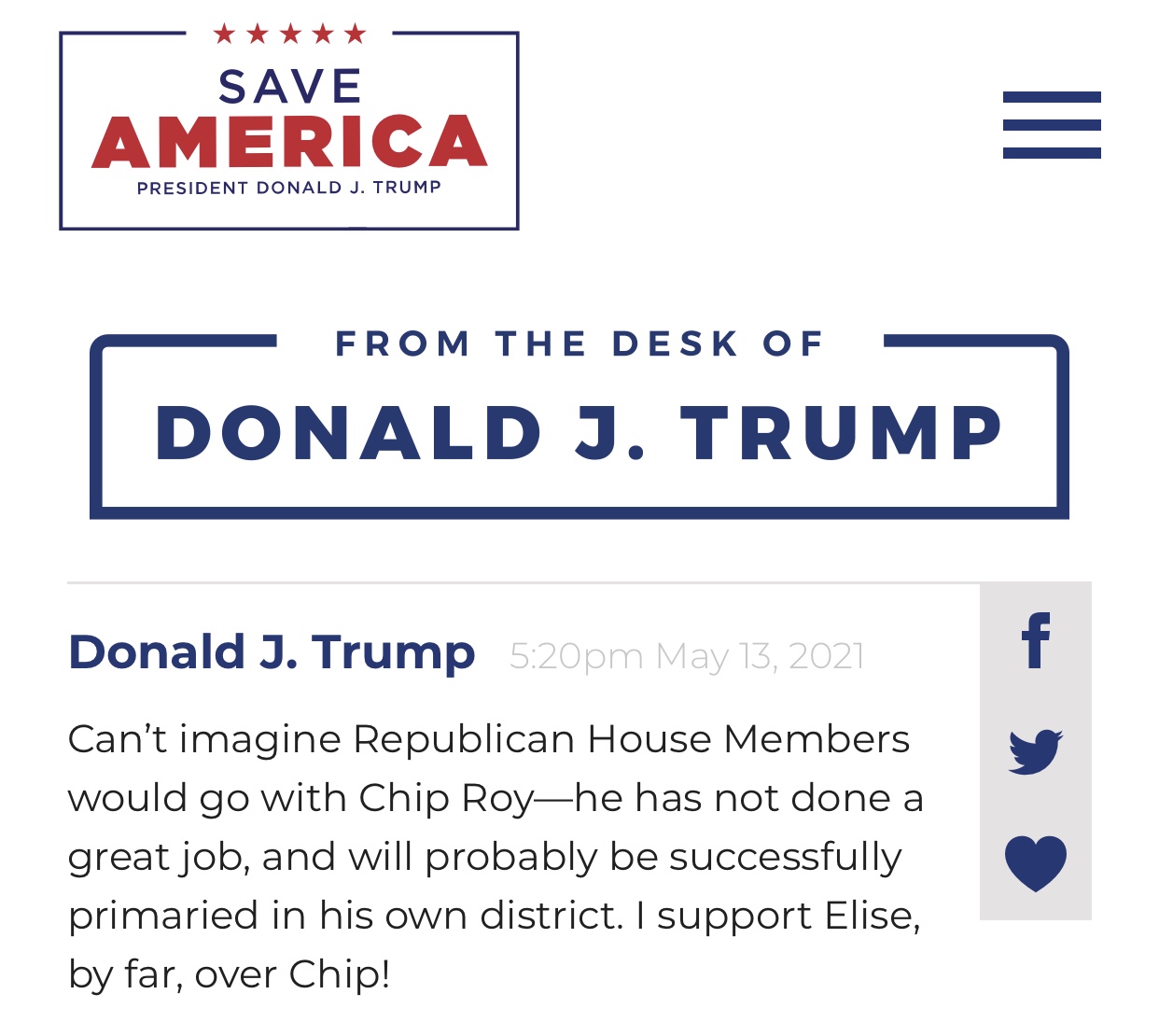 Rep. Bishop: ‘Adam Schiff Is the Jussie Smollett of Congress – He Just Hasn’t Had His Trial Yet’