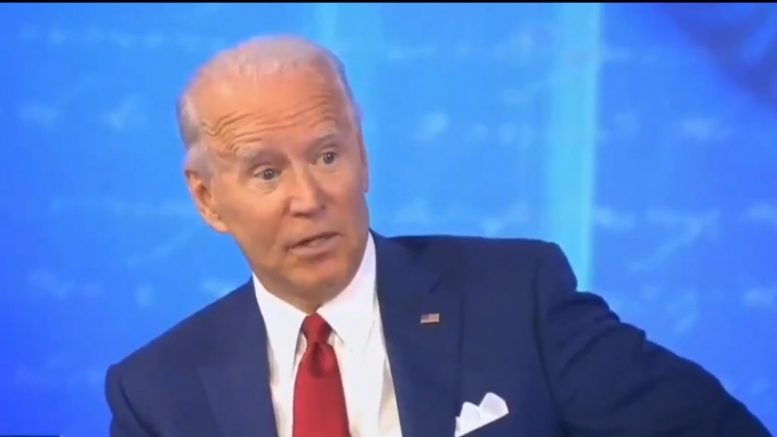 Joe Biden appears to be open to the idea of “packing” the Supreme Court depending on how Republicans handle the confirmation process of nominee Amy Coney Barrett.

The presidential nominee gave the indication during his town hall event on Thursday after weeks of repeatedly dodging any question related the highly controversial tactic of expanding the high court if Democrats don’t get their way.

ABC’s George Stephanopoulos pressed Biden on the subject in wake of the House Judiciary Committee wrapping up Judge Barrett’s confirmation hearings, paving the way for a Senate vote that is expected to take place no later than a week before the election.

“It looks like, right now, they’re gonna have a vote around Halloween, so if they vote on it before the election, you are open to expanding the court?” Stephanopoulos asked.

“I’m open to considering what happens from that point on,” Biden replied, leaving the door open for the possibility of trying packing the court if he wins the election. Video Below

Republicans are expected to have enough votes to confirm Judge Barrett to the Supreme Court before the election, especially now that GOP Senator Mitt Romney signaled on Thursday that he is on board with confirming her.

Whether or not the court would, in fact, be expanded after that point largely depends on the outcome of the election, as it would require Democrats controlling both the Senate and the White House to get the ball rolling, as recently pointed out by Senator Mazie Hirono.

Biden was firmly opposed to packing the court in his earlier days of public service, where he condemned the idea in 1983 and in 2005. But that stance seems to have now taken a sudden shift.