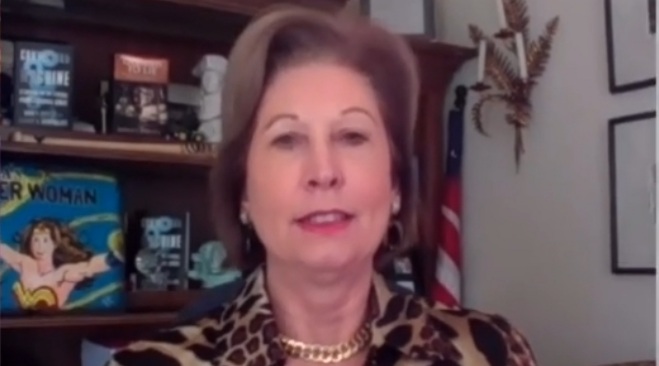 Sidney Powell is strongly convinced her legal team is “hitting the nail on the head” when it comes to uncovering fraud that she suspects took place in the 2020 election. The high-profile attorney cited over four billion dollars in combined defamation lawsuits from Dominion Voting Systems, Smartmatic and Dominion employee Eric Coomer for why she feels information uncovered in her investigation is highly indicative of how the election results allegedly were manipulated.

Powell is now vowing to “keep digging” for answers not only because of how much money she is on the line to pay if she loses pending court battles, but also because “the American people are entitled to the truth.”

Appearing for an interview on The Pete Santilli Show, Ms. Powell stated as follows:

I encourage everyone to go read our counterclaim that’s at DefendingTheRepublic.org to get a capsule of some of the information that we have. And then our pleadings… that were filed in the Supreme Court are posted on the website too. And they’re 970 pages or so of affidavits, expert reports and all of that, that show there was fraud in this election — massive fraud, machine fraud.

And since then, we’ve found even more evidence including the patents that Dominion had and patents that the government has an interest in that allow for the injection of false voters into the system and also the process of deciding the outcome of an election by weighting votes — an algorithm. None of this is made up. It’s all painfully real.

And, I think, we’re hitting the nail on the head, which is why so much flack is coming at me from every direction. And they’re just proving my point. They would have been better off if they just ignored me and just left me alone. But I’m gonna defend myself. I want to find the truth. The American people are entitled to the truth. That’s all I ever wanted. And the more I dig, the more I’m gonna find. And I have to keep digging because they sued me now for over four billion dollars among other things. Video Below