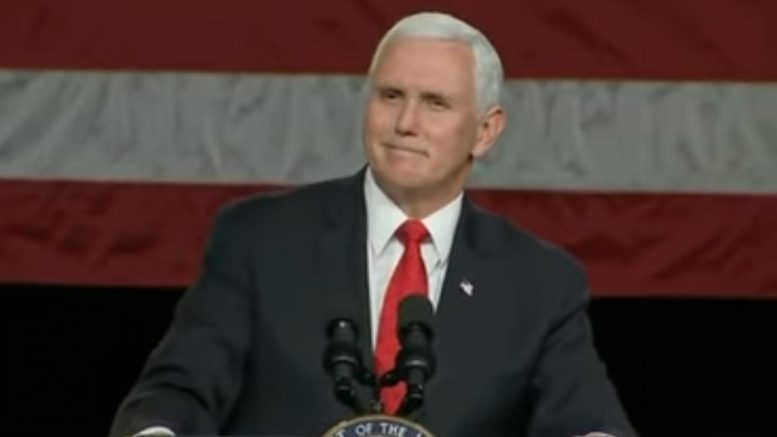 On Monday, Vice President Mike Pence promised a crowd in Georgia that “evidence” of “voting irregularities” will be heard when the Trump campaign gets their “day in Congress” on January 6th, which is the date that electoral votes are due to be certified to determine the winner of the 2020 presidential election.

Pence, who is presiding over Wednesday’s joint session of Congress, briefly touched on the subject while delivering remarks at a faith community call to action event in Milner, Georgia.

“I know we all got our doubts about the last election. And I want to assure you, I share the same concerns as millions of Americans about voting irregularities,” Vice President Pence told the Georgia audience.

“And I promise you, come this Wednesday, we will have our day in Congress,” he declared. “We’ll hear the evidence.”

The remarks by Pence are a good indicator that he remains prepared to fight on Wednesday, contrary to speculation from those who suspect that he will seize the opportunity to turn on President Trump. Continued Below

Sen. Graham: “If We Can Get Behind President Trump And Follow His Lead, We Will Win In 2022”