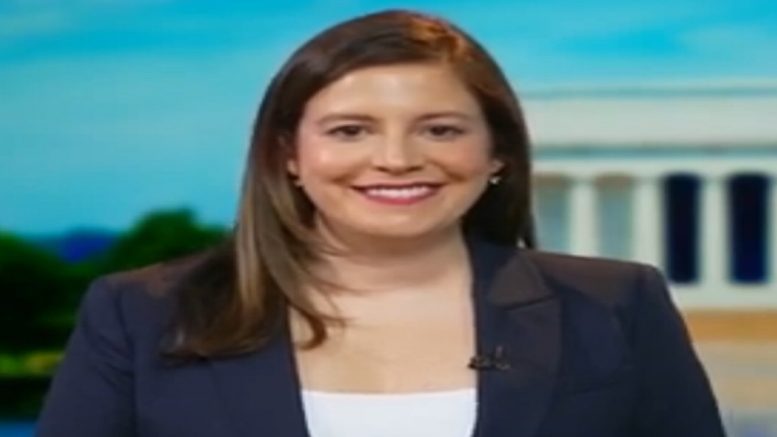 “There’s also an audit going on in Arizona, which you’ve said you support that audit,” host Maria Bartiromo told Stefanik.

“I support that audit. Transparency is important for the American people, and again, this should be a nonpartisan issue, whether you’re a Republican, Democrat, Independent or Conservative,” Rep. Elise Stefanik said.

“Transparency is important, and the audit was passed by the Arizona State Senate,” she continued.

“The Biden Justice Department is trying to block that audit. That is unconstitutional from my perspective. Our states constitutionally are responsible for writing their state’s election law. So the American people deserve to get those answers when it comes to the Arizona audit,” Rep. Stefanik added.

The Department of Justice, earlier in the month, issued a warning regarding the Arizona audit of 2020 election ballots in Maricopa County, claiming it could be violating both federal voting and civil rights laws, as previously reported by The Freedom Times. Continued Below

In a letter obtained by CNN, Pamela Karlan, the principal deputy assistant attorney general for the Justice Department’s civil rights division, voiced concern to Arizona Senate President Karen Fann (R)– that giving election material to Cyber Ninjas, the Florida-based contractor conducting the audit, might be a violation of the Civil Rights Act of 1960.

“We have a concern that Maricopa County election records, which are required by federal law to be retained and preserved, are no longer under the ultimate control of elections officials, are not being adequately safeguarded by contractors, and are at risk of damage or loss,” Karlan wrote.

Karlan also noted that Cyber Ninjas’ statement of work includes canvassing to “identify voter registrations that did not make sense, and then knock on doors to confirm if valid voters actually lived at the stated address” raises concerns of potential voter intimidation, reported CNN. Video Below

House Republican Conference Chair Rep. Elise Stefanik’s full interview; her remarks over Arizona begin at the 4:30 mark in the video:

On Saturday, former President Donald Trump praised and thanked One America News (OAN) for being the only network to cover the updates of the Arizona audit, while at the same time, knocking Fox News and Newmax for being silent over the audit, suggesting “they are intimidated by threats of lawsuits”, as previously reported by The Freedom Times. 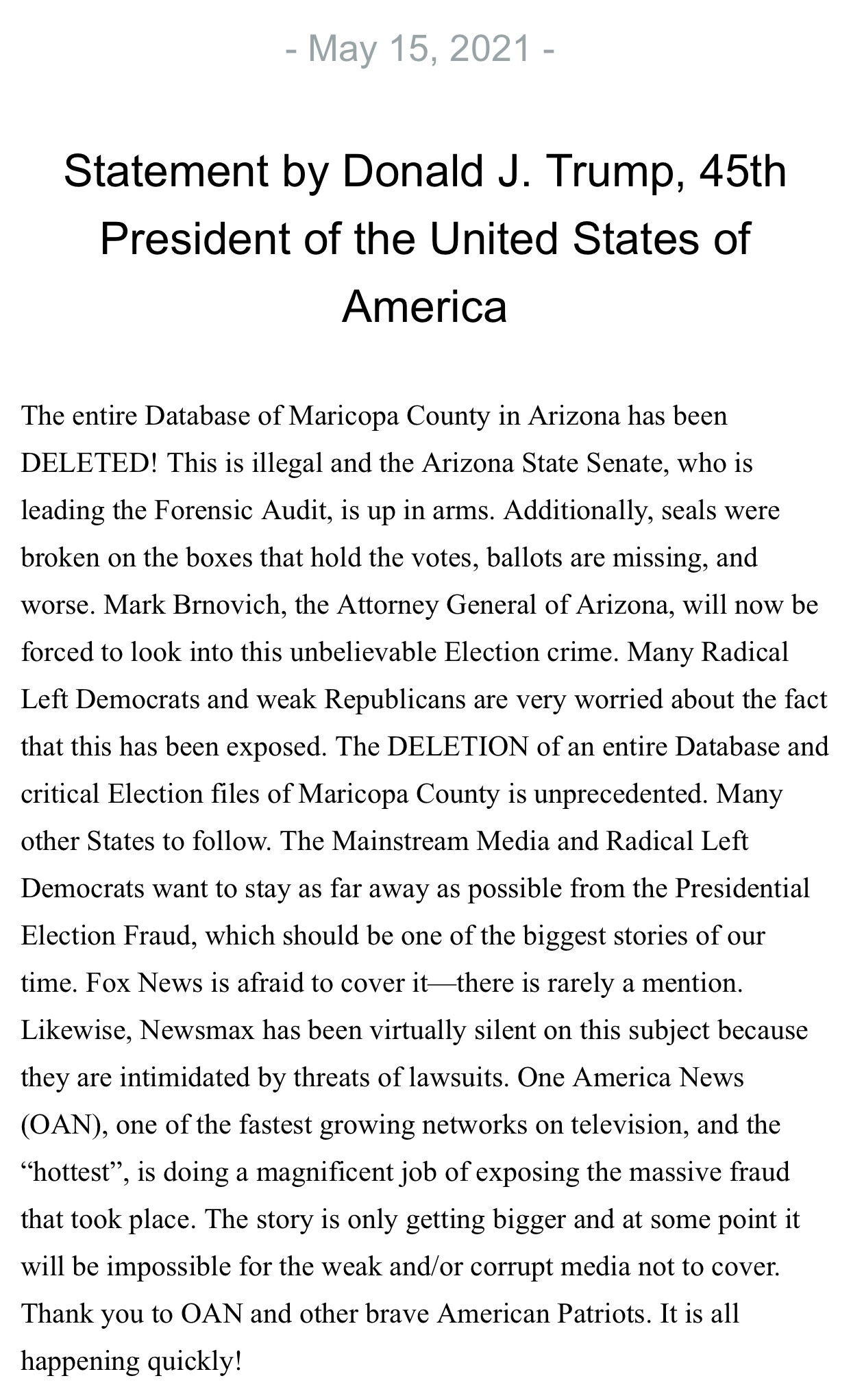 (Related: AZ GOP Chair Dr. Kelli Ward Provides An Update As The Audit Is Temporarily Halted, Estimates About a Month Of Processing Remaining)