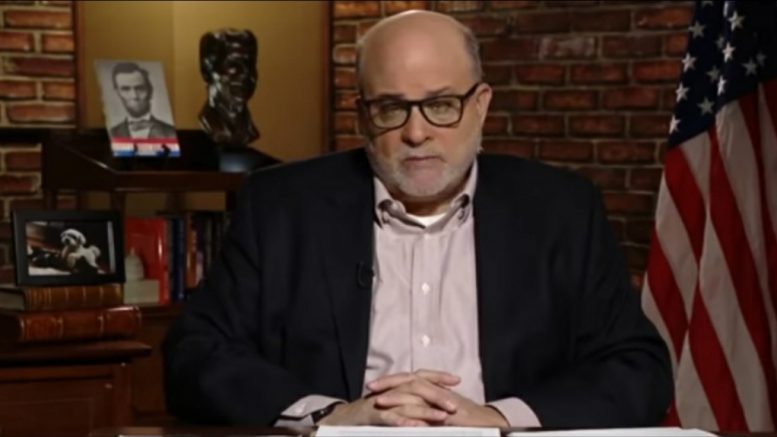 Constitutional scholar Mark Levin believes the time has now approached when the judicial branch of government no longer serves “as a check” when unconstitutional acts are committed by state offials, and that the Supreme Court is nothing more than a “highly political, result-oriented, LIBERAL body that grants standing when it wants to rule on a case and denies standing when it wants to duck a case.”

If it weren’t for the 2020 election, this so-called “collapse” of the judicial system would have never been exposed, according to Levin.

Related Article: Mark Levin On The Supreme Court Rejecting Texas’ Lawsuit: “It May Have Ruined Itself”

In a statement posted on Twitter, Levin wrote as follows:

“This election has exposed the complete collapse of the judiciary as a check on unconstitutional acts by state officials eviscerating legislative authority under our federal constitution (Art. II, Sec. 1, Cl. 2).

“It has also exposed the Supreme Court as a highly political, result-oriented, LIBERAL body that grants standing when it wants to rule on a case (Mass v. EPA) and denies standing when it wants to duck a case (Texas v. PA, et al). That Court intervenes relentlessly in state election processes, almost exclusively in support of leftwing activists and Democrat organizations that seek to weaken election security and fraud prevent.

“The Court and inferior federal and state courts have earned the contempt of tens of millions of Americans.  While the media, Democrats, NeverTrumpers, and others, have celebrated the denial of substantive court proceedings to scores of petitioners raising fundamental federal and state constitutional issues, not to mention serious questions of fraud in states including, but not limited to Wisconsin and Georgia, these courts have disgraced themselves and severely damaged the electoral process.

“In effect, they have served as the Praetorian Guard for the planned, elaborate, and unlawful acts of the Democrat Party, its lawyers, and their state public officeholders throughout battleground states.  Despite the media claiming that 6 of the justices are conservative, and Chuck Schumer’s propaganda about his desire to pack the Court because it is supposedly too conservative, the FACT is the opposite.

“When the Court actually upholds the Constitution it is, more often than not, the EXCEPTION to the rule, which for the Court is activism with few limits.”