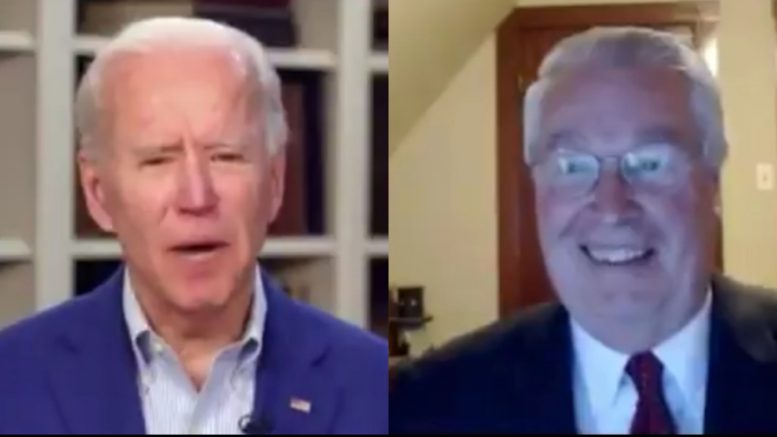 Joe Biden mixed up Memorial Day with Labor Day as he discussed the prospects of when he’ll officially announce his running mate for the 2020 election.

He also flirted with the possibility of choosing former First Lady Michelle Obama as a running mate while interviewing with host John Delano of CBSN – Pittsburgh.

Biden said in his interview that he is committed to having a female running mate and that there is a committee being put together to help decide who would best fill the role. This caused Delano to bring up speculation that Biden is considering Michelle Obama as a running mate.

“If [Michelle Obama] said to you she’d be willing to be your running mate, would you ask her?” Delano asked.

“Oh, I’d take her in a heartbeat,” Biden replied. “She’s brilliant. She knows her way around. She is a really fine woman.”

Biden then made a major blunder as he discussed a timetable on when he plans to make the final decision on his running mate. “Do you think we’ll have a candidate by Memorial Day?” Delano asked.

“Well, my guess is we probably will,” Biden responded. “I can’t — but I don’t again make that guarantee — but by that time, this nominating process is because of the good graces of Bernie Sanders and others has ended earlier than it usually does, even though we had not had a convention yet. But I’m quite sure that’d be the case because right now the convention is scheduled in August right before Memorial Day. Did you say Memorial or Labor?”

“I said Memorial Day,” Delano reiterated. Biden then replied, “Oh… no, no, no. It won’t be Memorial Day.” Video Below

.@JoeBiden asked if he will have VP pick by Memorial Day:

“My guess is we probably will…I’m quite sure that would be the case because right now the convention is scheduled in August before Memorial Day. [pause] Are you saying Memorial or Labor?”

Related Article: Mika Brzezinski Suggests Biden Is ‘Careful With His Words’, James Woods Levels Her: “It’s Sad How Desperate They Are To Beat Trump”