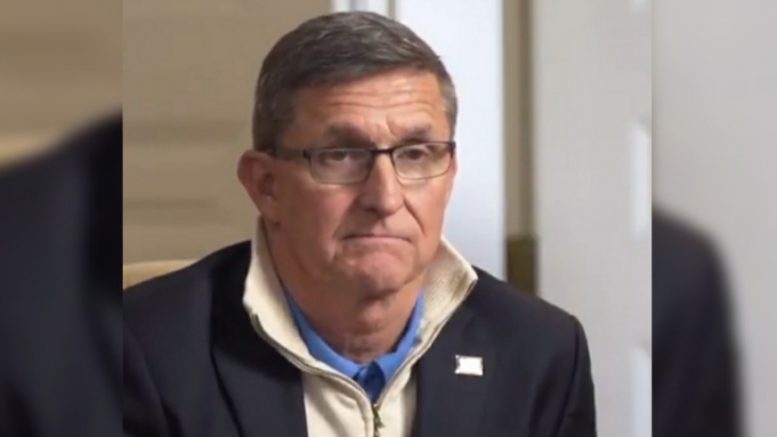 General Michael Flynn is convinced that the ‘deep state’ wanted nothing more than for him to be ‘buried’ and dead to the world when he was targeted in an FBI probe 4 years ago. And if it weren’t for the American people’s support, Flynn believes his foes would have succeeded.

The former National Security Advisor gave an assessment of his experience while appearing for an interview with Jan Jekielek of The Epoch Times.

“The American people saved me — they saved my family and I,” Flynn said in his interview. “If there’s something I’ll get emotional about, it’s that.”

“Another way to describe it was the deep state buried me six feet under the ground, wanted me to die. Somehow, somebody stuck a straw up through that, or a straw was allowed to be stuck up to the air, and I sat and I laid there for four years breathing through that straw. But that straw became wider and wider and wider over the years because the American people came to my family’s aid.”

Related Article: General Flynn At Jericho March In D.C.: “We Will Win!…The Truth Will Prevail…There Are Paths Still In Play”

“So like I say, I’ve been buddy breathing for four years down under, and the American people were who was giving me that oxygen to do that — to survive, to get through this,” he declared. Video Below

“The deep state buried me six feet under the ground, wanted me to die.”

“The American people [gave] me that oxygen to survive, to get through this.”

🚨EXCLUSIVE interview with @GenFlynn, the first of two parts! With @JanJekielek

Sen. Feinstein Praises Chairman Graham Over His Handling Of Barrett’s Hearings, Gives Him A Hug