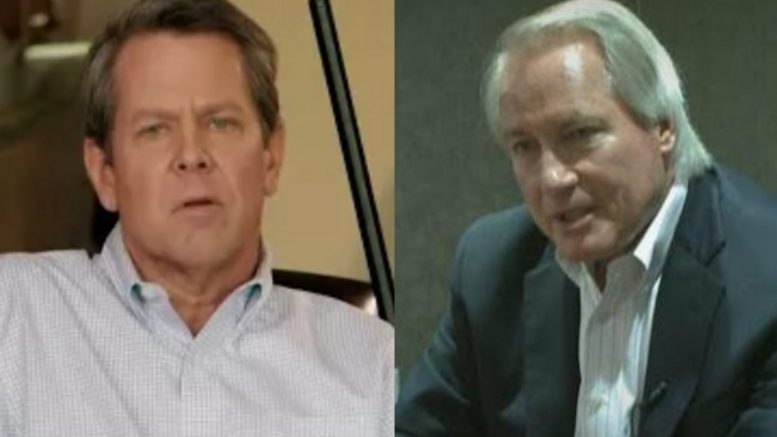 On Saturday morning, President Trump triggered a reaction from Georgia Governor Brian Kemp after, once again, pressuring the governor and Secretary of State Brad Raffensperger to order a signatures on ballots to be verified.

“I will easily & quickly win Georgia if Governor @BrianKempGA or the Secretary of State permit a simple signature verification,” Trump tweeted. “Has not been done and will show large scale discrepancies. Why are these two “Republicans” saying no? If we win Georgia, everything else falls in place!”

Gov. Kemp responded: “As I told the President this morning, I’ve publicly called for a signature audit three times (11/20, 11/24, 12/3) to restore confidence in our election process and to ensure that only legal votes are counted in Georgia.”

Trump later replied: “But you never got the signature verification! Your people are refusing to do what you ask. What are they hiding? At least immediately ask for a Special Session of the Legislature. That you can easily, and immediately, do.”

While appearing on The Ingraham Angle on Thursday, Gov. Kemp called for a signature audit after surveillance videos appeared to show Georgia poll workers suspiciously counting black suitcases full of ballots during a long period of time when observers were not present.

He then shifted blame on Secretary of State Brad Raffensperger, who he said is responsible for ordering a signature audit. However, Raffensberger’s office has shown no indication of whether or not they will honor the governor’s request.

As Gov. Kemp continues to assert that there is nothing he can do in his power to order signature verification, Atlanta attorney Lin Wood suggests otherwise.

Mr. Wood retweeted Gov. Kemp’s remarks, and included a link to a law that would grant the governor authority over Raffensberger in regards to election-related decisions if a state of emergency is declared. In this case, the coronavirus pandemic would qualify as a state of emergency.

Wood tweeted: “Brian, GA voters are worried about you. Why would you misrepresent your authority to @realDonaldTrump? GA is in declared state of emergency due to Covid-19. You have ALL the authority you need to ACT & act NOW on fraudulent election. Read the law, Brian.”

Mr. Wood followed up and said: “You have UNFETTERED power to order signature audit under your declared state of emergency, @BrianKempGA.”

“Many GA citizens have had their lives threatened for demanding action to support @realDonaldTrump,” he continued. “Be fearless for a change, Brian. God protects a truthful man. Trust God.”

Wood then concluded his tweet-storm when he wrote: “Brian Kemp has power to act without @GaSecofState. He makes excuses & blows off request of @realDonaldTrump. Kemp is clearly afraid of going to jail or threats of harm by Communists.”