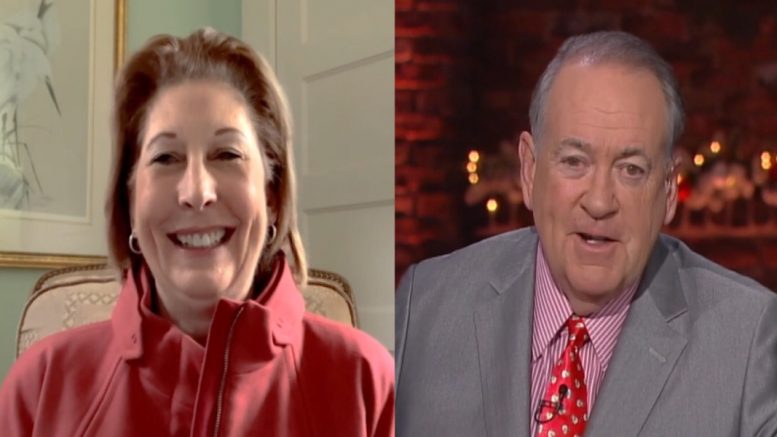 Attorney Sidney Powell spoke with former Arkansas Governor Mike Huckabee on Saturday and explained why she separated herself from the Trump legal team as she continues her investigation into Dominion Voting Systems and brings lawsuits against alleged voter fraud.

Huckabee asked Powell towards the end of the interview, “You separated yourself from the official Trump campaign lawsuits, and I think the obvious question: Why?”

Sidney Powell told Mike Huckabee: “Because I wanted to peruse the fraud wherever it goes.”

“At the time the [Trump] campaign was focused on an entirely different avenue of approach to the election issues. I knew how important the fraud was, not just to this country but to the world. People of both parties, of every party, every political persuasion should should be concerned about this as I said, the Democrats were until this election,” said Powell.

Powell was referring to a December 2019 letter to Dominion Voting Systems, which has been mired in controversy after a human error involving its machines in Antrim County, Michigan, resulted in incorrect counts, Democratic Sens. Elizabeth Warren, Ron Wyden, and Amy Klobuchar and congressman Mark Pocan warned about reports of machines “switching votes,” “undisclosed vulnerabilities,” and “improbable” results that “threaten the integrity of our elections.”

“There’s no telling how many congressional and senate seats and even governorships we’ve lost, Mike, because of this. They’ve been telling us the country has been trending blue, it has not. That is an abject lie. And we’ve collected the data that’s gonna show that among many other things,” Powell warned. Continued Below

Asked if it is too late to change the results of the November election, Powell immediately responded, “No, it is not too late. The people must absolutely demand that it. The electors have not been chosen yet. The fraud in Georgia is blatant. There’s a video of it that’s going viral where women in the State Farm Arena pulled out suitcases of ballots from under the table after they lied to people about the voting being over and needing to go home because of a break in waterline or something.”

“That was a lie and they counted for three hours and put illegal ballots through the machine. That was more than 20 thousand votes for Biden that were fraudulent ballots. That alone flips the state of Georgia. And the fact that the senators and the governors haven’t risen up demanded that be fixed is extremely painful and telling,” she added. Video Below

*Note that the legal recipient of this document is Staple Street, a major investor in Dominion Voting Systems.