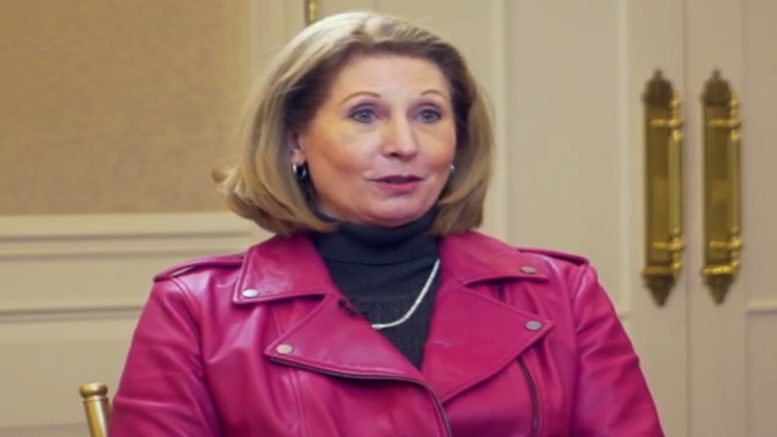 During an interview Thursday with Sean Lin from Brave Hearts, attorney Sidney Powell claimed that she has collected evidence related to fake ballots being shipped into United States from other countries, specially China and Mexico.

“We heard a video of somebody ordering ballots from China. We have evidence of a significant planeload of ballots coming in, and we have a witness that has said that they continue to come in because they intend to run counterfeit ballots in any runoffs or if they need them in recounts, too. So it hasn’t stopped,” Powell told Lin.

Sidney Powell also said that they also have videos of ballots being transported across the U.S.-Mexico border.

“We have videos of ballots coming across the border from Mexico,” Powell said, noting that she does not know who is running the operation.

Powell believes the government should taken action related to counterfeit ballots being shipped into United States. “I think the federal government needs to take action too. Something has to be done to secure our voting system and make it reliable so that everyone’s legal vote can count with no threat of it being discounted or manipulated in any way,” she said.

“There’s just nothing right about having a Chinese Communist government control our voting systems and it being hackable” from several countries, Powell added. Video Below

Lin Wood and Sidney Powell’s full interview with Sean Lin; Powell’s remarks over the “fake ballots” begin at the 12:30 mark into the video:

Powell also claimed the same thing during a news conference in Georgia this week:

"There is no kind of voter fraud that hasn't been experienced this year…", includes per @SidneyPowell1:

As reported by The Gateway Pundit, video was released on November 27 in Mandarin Chinese of a phone call request for fake ballots customized by Chinese factory. The manufacturer is reportedly in Kwangtung, China. The order was reportedly for 5 million votes.

Photos of an alleged printing house were posted on Twitter November 29. The Freedom Times reached out for more information regarding the photos below.

Mr. Ollervides (@vialoysia), former political insider of Chinese Communist Party, has corroborated that around 1.5 million bogus ballots from swing states were unaccounted for after being exported from China to Canada and Mexico since July @gatewaypundit @JennaEllisEsq pic.twitter.com/Rsn8wXShOn

(Related: Sidney Powell Claims To Have Obtained A ‘Huge Bag Of Shredded Ballots’ From GA: “I Can’t Wait To See What That Discloses”)

AZ GOP Chair Dr. Kelli Ward Gives A Status Update On the Maricopa County Audit: “We Will Not Be Intimidated”