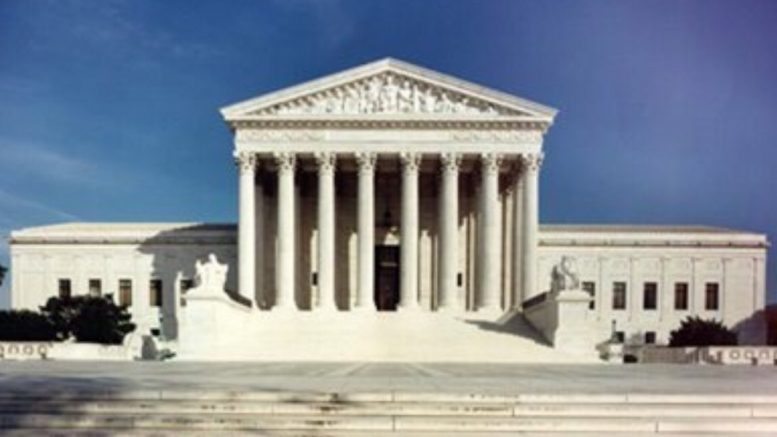 It takes four justices to hear a case to get a full hearing at the Supreme Court, however, Justices John Roberts, Brett Kavanaugh and Amy Coney Barrett sided with liberals over the Pennsylvania decision to dismiss.

The Supreme Court also threw out a series of remaining challenges to election processes and election results in several states left over from the recent presidential election cycle.

One of the lawsuits was brought by Rep. Mike Kelly (R-PA) who challenged Joe Biden’s alleged victory over former President Donald Trump. Kelly had asked the Supreme Court to consider his lawsuit which challenged mail-in voting policies in his home state of Pennsylvania.

Another case dismissed was brought by lawyer L. Lin Wood against Georgia Secretary of State Brad Raffensperger, challenging results and policies in Georgia.

A case from Arizona, Ward v. Jackson, was also dismissed. That lawsuit challenged Biden’s victory at the polls in the state.

An appeal lodged by Trump against Wisconsin results was denied. The case was Trump v. Biden. Another Wisconsin-related appeal, King v. Whitmer, was dismissed.

‘Can she Define What a Black Woman is?’: Vernon Jones Reacts After Ketanji Brown Jackson Says she Can’t Define the Word ‘Woman’