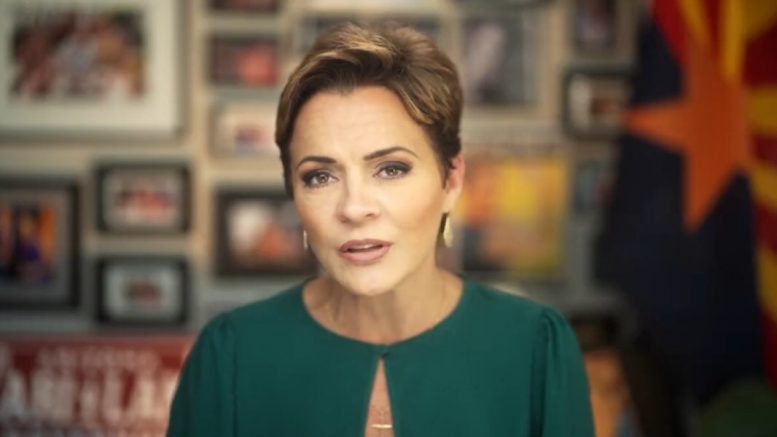 Arizona Republican gubernatorial nominee Kari Lake issued a statement Monday to Arizonians, vowing she will continue to keep fighting until “confidence” and “faith” is restored in “our elections”.

Lake has refused to concede after legacy media called the race for Democratic Governor-elect Katie Hobbs — who, as Arizona’s secretary of state, is over the Grand Canyon State’s elections.

“Forty days ago, Elections in Arizona officially started when Mail-in-ballots were sent out across our State. Election Day was thirteen days ago and Maricopa County is STILL counting ballots,” Lake said.

“The 2022 General Election in Arizona was botched and broken beyond repair. Thankfully the Attorney General’s office is demanding answers from Maricopa County. Attorney Mark General Brnovich is taking the first steps necessary to remedy this assault on our Democracy,” she said.

Lake was referring the attorney general’s office in Arizona, who is demanding answers to “myriad problems” faced by Maricopa County voters on Election Day. Assistant Atty. Gen. Jennifer Wright sent a letter Saturday to the Maricopa County Attorney’s Office demanding explanations for the election issues before the results can be certified next week.

“Tens of thousands have reached out pleading with me to fight for them. Rest assured, I will,” Lake said. “If we give up now, we will no longer have a Country. … I will continue fighting until we restore confidence and faith in our elections”.

“The Elections Integrity Unit of the Arizona Attorney General’s Office has received hundreds of complaints since Election Day pertaining to issues related to the administration of the 2022 General Election in Maricopa County,” Assistant Atty. Gen. Jennifer Wright wrote. “These complaints go beyond pure speculation, but include first-hand witness accounts that raise concerns regarding Maricopa’s lawful compliance with Arizona election law.”

“Arizonans deserve a full report and accounting of the myriad problems that occurred in relation to Maricopa County’s administration of the 2022 General Election,” she continued. “As the canvass is looming, and these issues relate to Maricopa County’s ability to lawfully certify election results – the Unit requests a response to the aforementioned issues on or before Maricopa County submits its official canvass to the Secretary of State, which must occur on or before November 28, 2022.”

BREAKING: The Elections Integrity Unit of the Arizona Attorney General’s Office has officially demanded a response from Maricopa County "pertaining to issues related to the administration of the 2022 General Election in Maricopa County." pic.twitter.com/PeYMK4F8Vq

Kari Lake is also lawyering up and could look to legally contest the result of the governor race.

“Rest assured I have assembled the best and brightest legal team, and we are exploring every avenue to correct the many wrongs that have been done this past week,” Lake said in a video last week. “I’m doing everything in my power to right these wrongs.”

“What happened to Arizonans on Election Day is unforgivable,” she said.

Arizona, we are still in the fight. pic.twitter.com/ytaGvqG5J0

Lake has been posting videos of Maricopa County voters complaining about their Election Day experiences on her Twitter page.