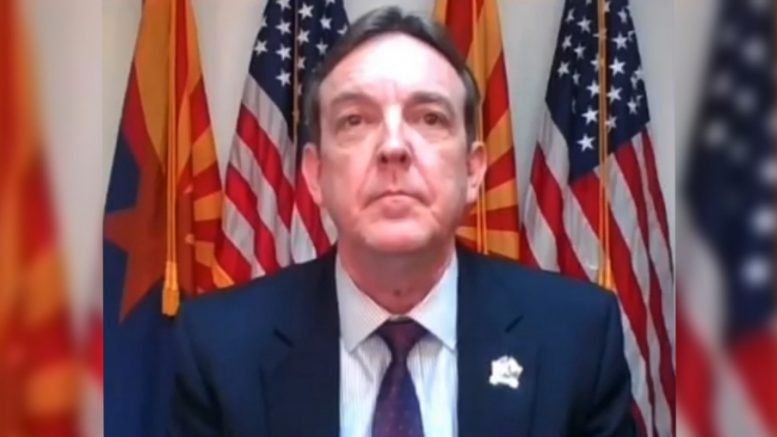 Appearing for an interview with John Fredericks of One America’s Voice, Arizona’s former secretary of state Ken Bennett says he is now convinced that election officials in the Copper State and members of the mainstream media are ‘trying to hide’ something based on the way they are ‘pushing back’ and ‘criticizing’ the Maricopa County forensic audit.

“I came into this thinking there was a 90% chance that we were going to find that everything was pretty okay,” said Bennett, who is now serving as Arizona Senate’s liaison for the Maricopa County election audit. “But now as I watch the county, our Democrat secretary of state and everybody else who’s called joined the club at calling this a fraudit or a sham or whatever they want to call it… I now have almost flipped in my mind saying ‘What do they have — they must have something to hide’ to be trying to discredit this so vehemently, so early before we have released even one final report.”

The former secretary of state continued, “I started out thinking we were not going to find much, but the way they’re pushing back and the way they’re criticizing it before we have any — even announced any results, I’m beginning to think the exact opposite.”

Mr. Bennett went on to say that now believes there’s a 70-80% chance that something went wrong in Arizona’s election system.

“I am now convinced that people who are screaming about why we’re doing this, people who won’t give us the second passwords to get into the tabulation machines… telling us that there is nothing we need to see back there, people that are accusing and calling this a fraud or a sham or whatever they want to call it, makes me wonder what they are trying to hide,” he said. Videos Below