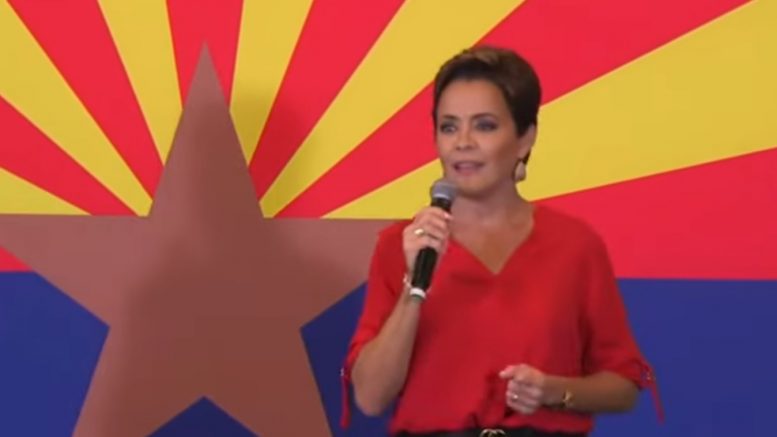 Arizona gubernatorial candidate Kari Lake’s campaign is now vowing to “get justice for the people of Arizona” amid mounting election concerns in Maricopa County, which the most populated county in the Grand Canyon State.

Concerns have been so serious that the Attorney General’s Office Election Integrity Unit in Arizona has requested a formal response from Maricopa County addressing reported election issues, such as problems with printers and protocols for voters checking out of a voting center, according to AZ Central.

The first area of concern involved printer settings for ballots on demand with ink too light to be read by tabulators at “at least 60” locations in the county, AZ Central reported.

The second area the unit wanted a report on involved people being unable to check out of those problematic voting centers and whether their votes were counted.

There have been reports and videos posted of long lines at polling locations where vote tabulators were not able to read a large percentage of ballots, and some people left to go to other voting centers after checking in.

We truly don't care if you call us election deniers.

There's no denying what happened on election day.

And we're going to get justice for the people of Arizona.

Lake has refused to concede in Arizona’s governor’s race that currently shows Hobbs with a razor-thin lead.

We leave you with some videos that Lake has been posting showing firsthand accounts of election concerns in Maricopa County.

Tabulators weren't working at the other locations either

7PM: line was around the block

James doesn't think this was a fair election pic.twitter.com/dAvb5djdhe

Watch this. Then tell me what you think. I’ll stand by… pic.twitter.com/uE6xxm7zCa

Sam went to vote at the Deer Valley Airport voting location & found that "none of the machines were reading very well."

How many people ran out of time to vote? pic.twitter.com/4Nqacok0Ay

Shalissa arrives 5:45 AM to vote before work

She looks at ballot. Ink is faded

9 AM. She misses work pic.twitter.com/yE3EwOznkH

After registering at ASU, Tiffany's son received a text offering him $250 to rally for Democrats

In line to vote, he was told to leave & that his vote would not be counted

Inside, he was told he was not registered, given a Sharpie, & told to drop a provisional ballot in box 3. pic.twitter.com/9NGTvGPvSn