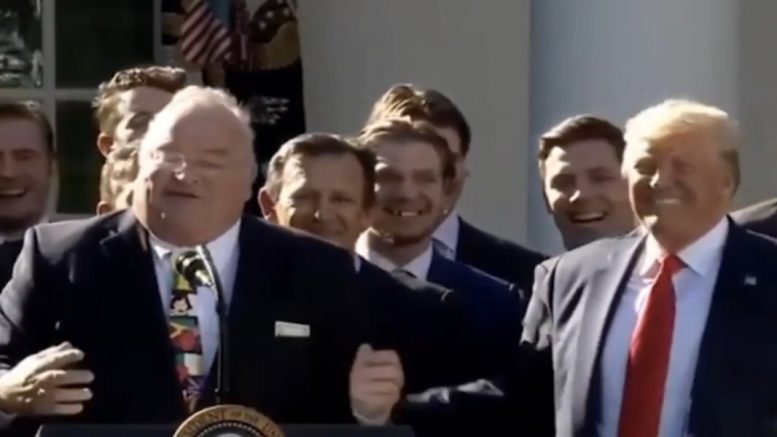 45th President Donald Trump expressed his support for Republican Congressman Billy Long in an email statement Wednesday afternoon, wondering if the “great people of Missouri” have considered the Show Me State lawmaker “for the Senate”?

Billy Long’s U.S. Senate campaign released an ad in January, which was deleted by YouTube, highlighting his early support for Trump. “I was one of the first to support Donald Trump for president. He made America great,” Long said in the ad. “But the Democrats rigged the election. Now we have Biden and the far-left crazies letting inflation rise faster than an auctioneer rattling off numbers. I’m running for Senate to stop the insanity, stop the wokeness, and stop the Democrats from stealing another election. So I need your help. And then we’ll help Donald Trump make America great again — again.”

“Have the great people of Missouri been considering the big, loud, and proud personality of Congressman Billy Long for the Senate?” the 45th President asked in a statement from his “Save America” PAC.

“Do they appreciate what they have in him, a warrior and the first major political leader to say, ‘You better get on the Trump Train, it’s leaving the station'”, Trump pointed out. “That was before I even announced I was running for President”.

“This is not an Endorsement, but I’m just askin’?” he further said.

Long announced his Senate bid last August on Tucker Carlson’s show on Fox News. He joins a long list of GOP candidates seeking the 2022 nomination for the seat being vacated by incumbent Republican Roy Blunt, who announced last March he would not seek a third term. Continued Below

on the Trump Train, it’s leaving the station.” That was before I even announced I was running for President. This is not an Endorsement, but I’m just askin’?”

Trump on Running in 2024: ‘I’m not Going to say it Right Now’ But ‘I Promise you in the Very Next Very, Very, Very Short Period of Time’