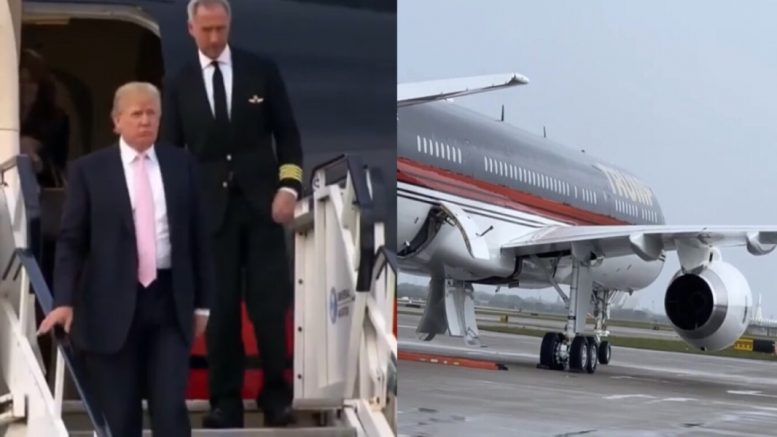 When 45th President Donald Trump heads to Robstown, Texas on Saturday for a “Save America” rally, he will reportedly be flying in his modernized and renovated personal Boeing 757 from Palm Beach, Florida, according to Ed Henry, morning anchor on Real America’s Voice.

In July, Trump announced on Truth Social that his plane will be “coming back to the skies in the Fall of 2022 or maybe sooner” and included a video of his 757 being restored by Landlocked Aviation Services, as previously reported by The Freedom Times.

He also noted coverage of the event will be aired on “Real America’s Voice” starting at 5PM ET. 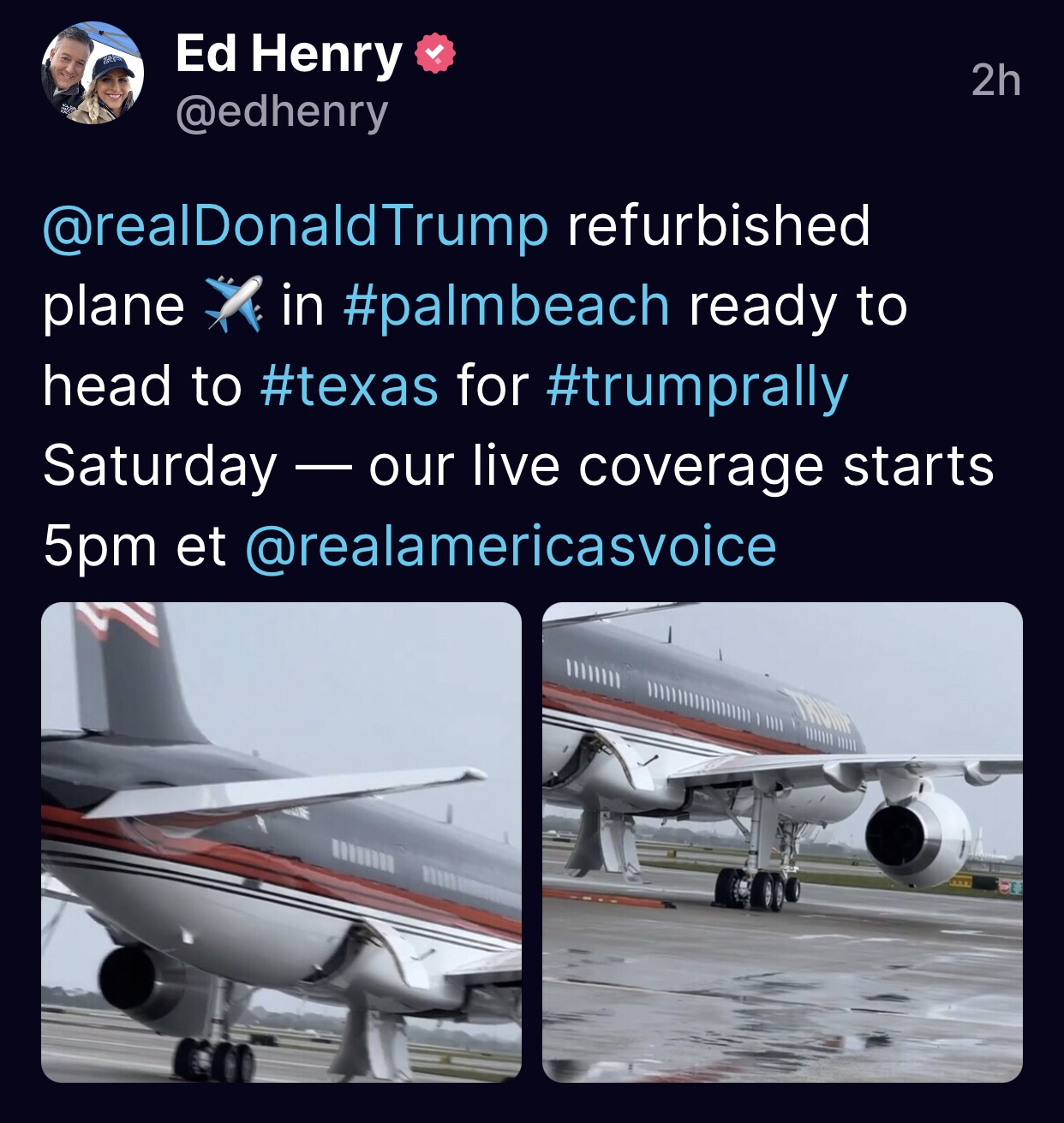 President Donald J. Trump, 45th President of the United States of America, delivers remarks in support of his unprecedented effort to advance the MAGA agenda by energizing voters and highlighting the slate of 33-0 Trump Endorsed America First candidates in the Great State of Texas, as stated in a press release via Save America PAC.

The following special guest speakers will also deliver remarks at the rally:

Related: ‘Get Ready!’: Trump Reveals ‘Everybody’s Favorite Airplane’ will be ‘Coming Back to the Skies in the Fall of 2022 or Maybe Sooner’