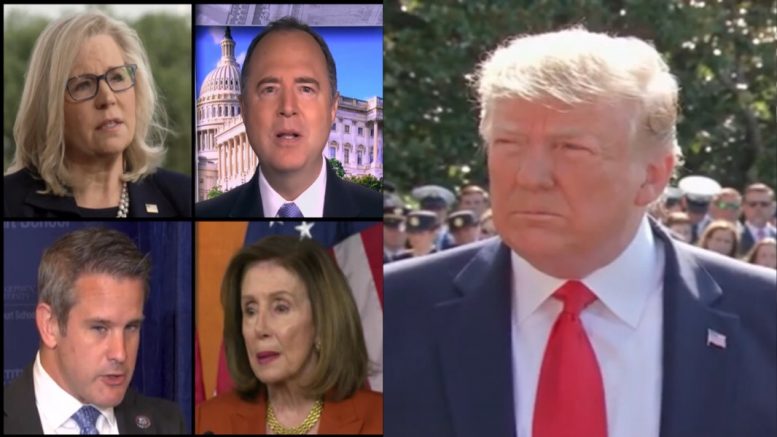 45th President Donald J. Trump issued a series of “Truths” from his social media platform “Truth Social” on Thursday ahead of California Democratic House Speaker Nancy Pelosi’s [bi]partisan Select Committee public hearing, which is allegedly “investigating” the protest that occurred on January 6, 2021 at the Capitol in Washington, D.C.

The committee will purportedly detail the findings from its yearlong investigation of the protest at the Capitol on January 6th in a series of public, televised hearings starting Thursday at 8 p.m. ET. The committee is made up of seven Democrats and two “Never-Trump” Republicans; Reps. Liz Cheney (WY) and Adam Kinzinger (IL).

“The Unselect Committee didn’t spend one minute studying the reason that people went to Washington, D.C., in massive numbers, far greater than the Fake News Media is willing to report, or that the Unselects are willing to even mention, because January 6th was not simply a protest, it represented the greatest movement in the history of our Country to Make America Great Again,” the 45th President said Thursday.

“It was about an Election that was Rigged and Stolen, and a Country that was about to go to HELL… & look at our Country now!” he wrote.

“The Unselect Committee of political Thugs, essentially the same group who brought you the now fully debunked and discredited RUSSIA, RUSSIA, RUSSIA HOAX (and many others!), refused to study and report on the massive amount of irrefutable evidence, much of it recently produced, that shows the 2020 Presidential Election was Rigged and Stolen,” President Trump said, referring to troves of information that has since been released following the 2020 election.

“They want NOTHING to do with that topic because they cannot win on the facts. CANCEL & DENY, call it ‘THE BIG LIE,’ is all they can do. Corrupt Politicians!” he expressed.

“The Unselect Committee has now learned that I, as President, suggested & offered up to 20,000 National Guard, or troops, be deployed in D.C. because it was felt that the crowd was going to be very large,” Trump reported.

“Crazy Nancy Pelosi turned down the offer, she didn’t like the way it looked. Likewise, the Mayor of D.C. Had they taken up the offer, there would have been no January 6th. The Unselects have ruled Pelosi ‘off limits, no questions.’ The hearing is another political HOAX to counter Inflation etc.,” he said. 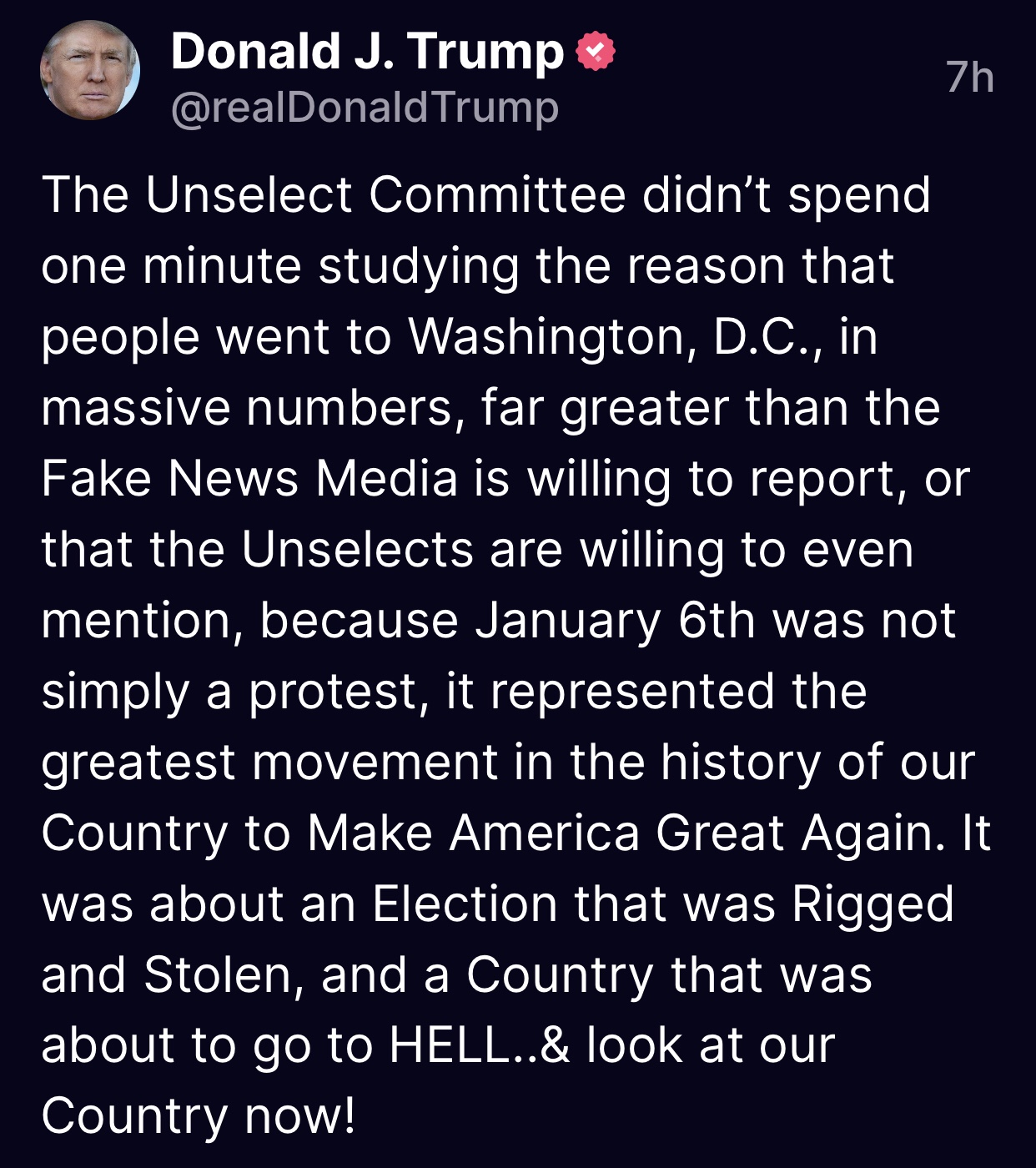 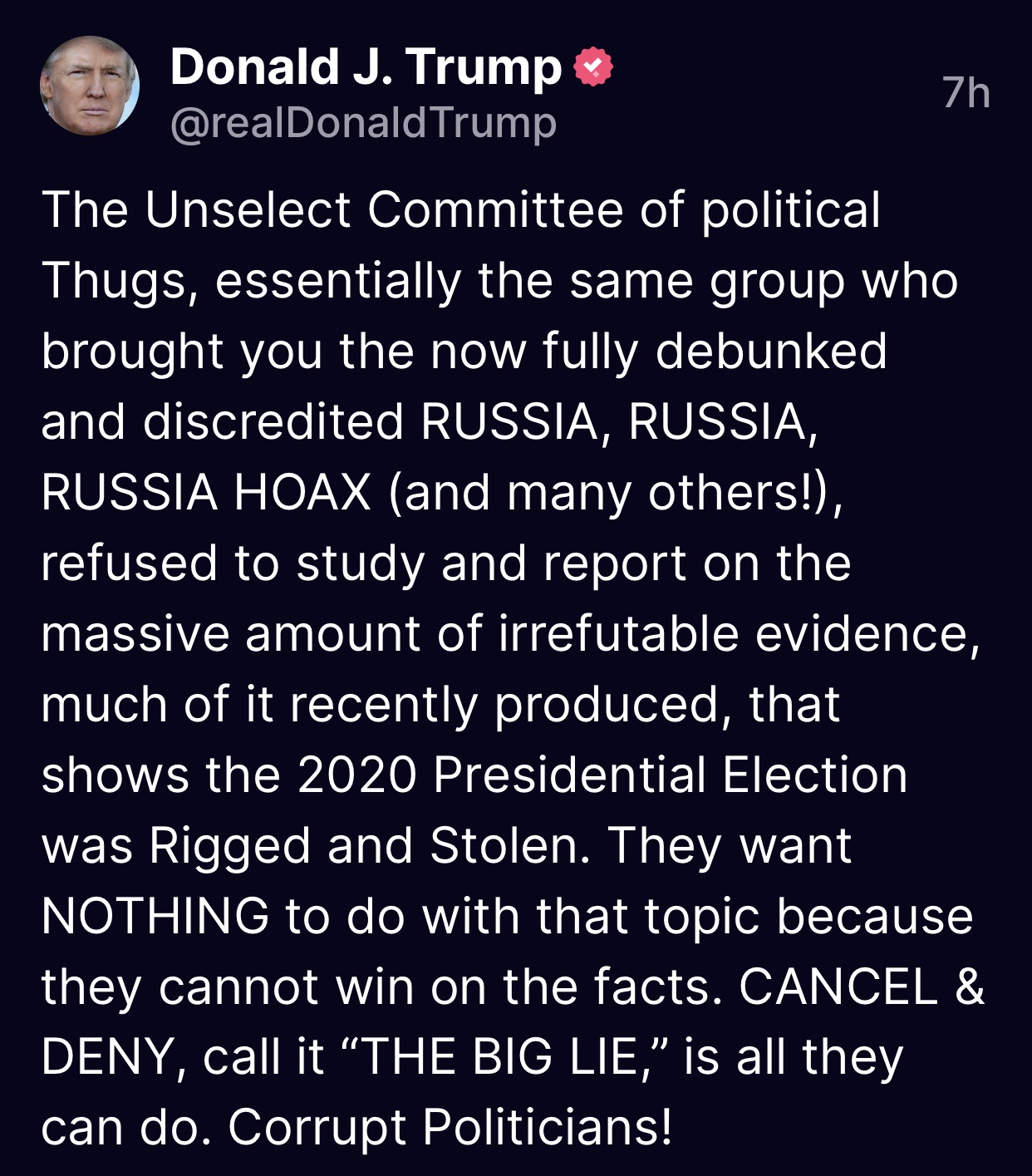 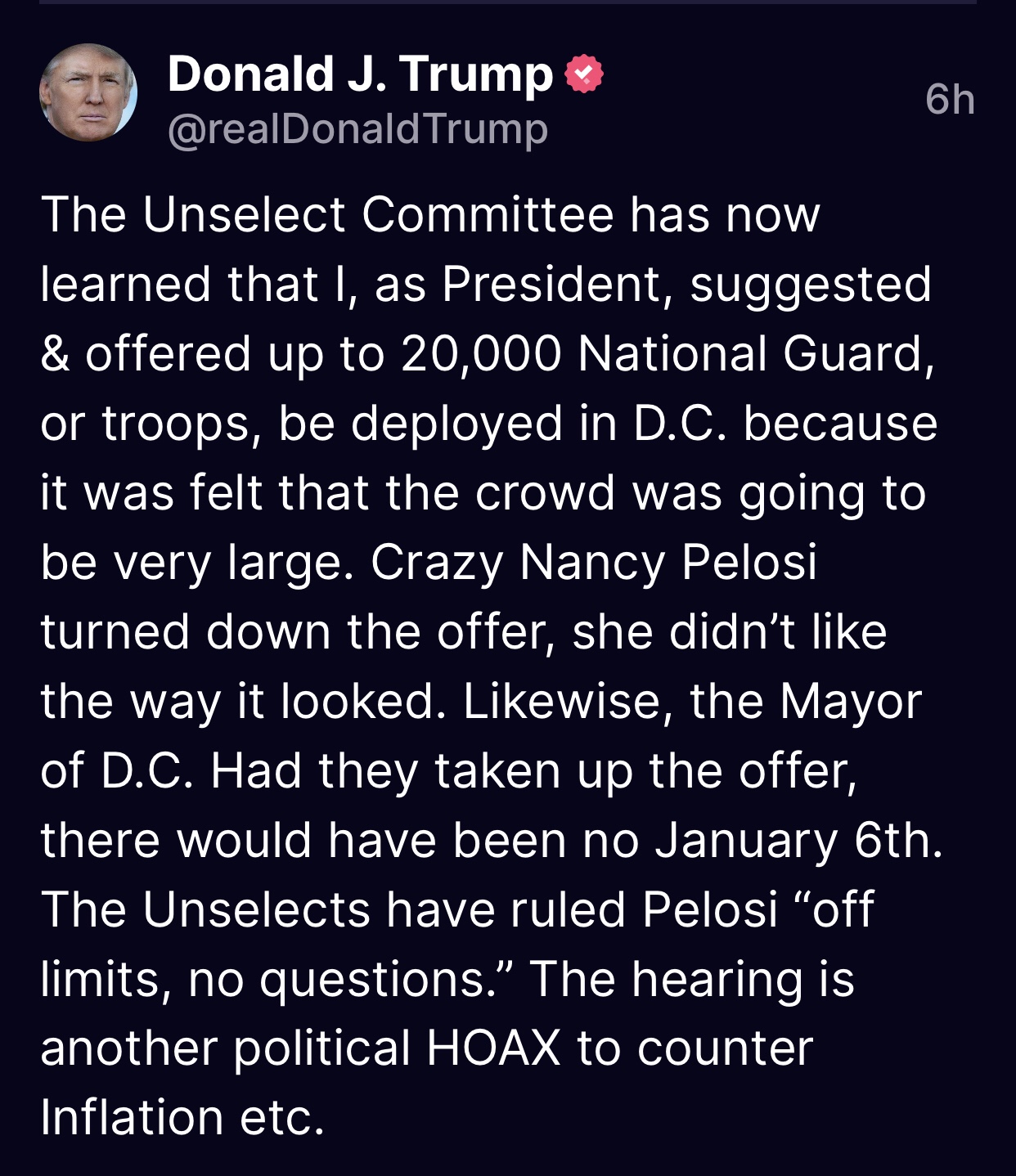 Related: Ashli Babbitt’s Mother to Nancy Pelosi: ‘This Is Not Your Playhouse’ – ‘You’re Not the Queen’