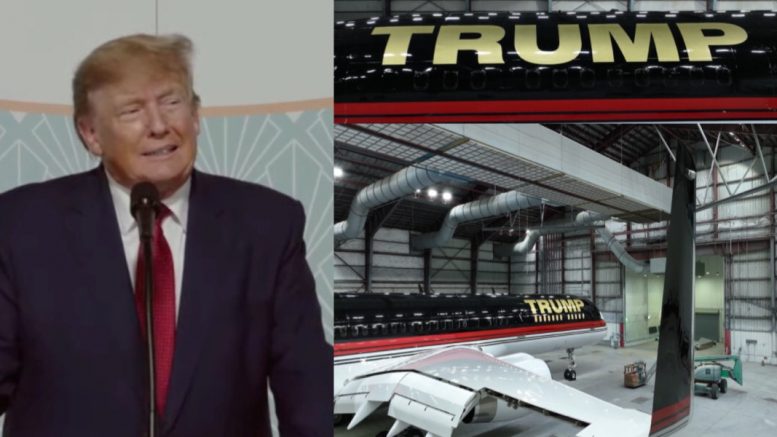 On Wednesday morning, 45th President Donald J. Trump announced on his social media platform Truth Social that “everybody’s favorite airplane” has been “completely modernized and renovated” and will be “coming back to the skies”.

Trump was referring to his personal Boeing 757 which was used to take him to political rallies during his successful 2016 campaigns for the presidency.

Last May, the 45th President said in statement that his plane “was effectively kept in storage in Upstate New York, in that I was not allowed to use it during my presidency”, and then revealed the Boeing 757 was “brought to a Louisiana service facility for the completion of work, inspection and updating of Rolls-Royce engines, and a brand new paint job” after leaving the White House.

On Wednesday, Trump reported that his plane will be “coming back to the skies in the Fall of 2022 or maybe sooner”.

“During my four years in the White House, I didn’t use everybody’s favorite airplane, the Boeing 757 we campaigned on for our big 2016 WIN,” he wrote on Truth Social.

“Now it has been completely modernized and renovated, and looks GREAT, all done in the Great State of Louisiana, and coming back to the skies in the Fall of 2022, or maybe sooner. Get ready!” the 45th President said. Video Below

Trump also included a video of his plane being restored by Landlocked Aviation Services, the company who restored his plane: 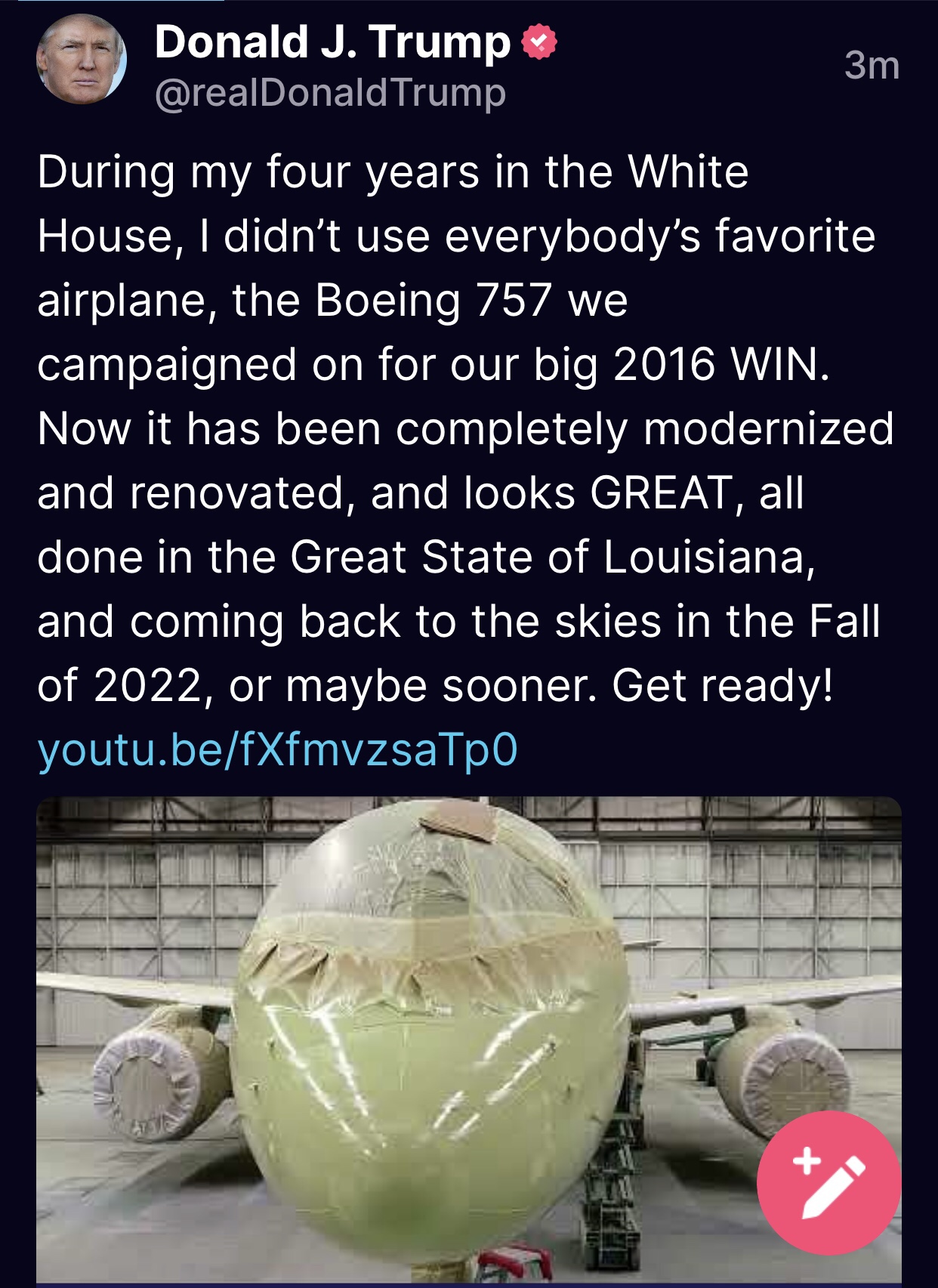