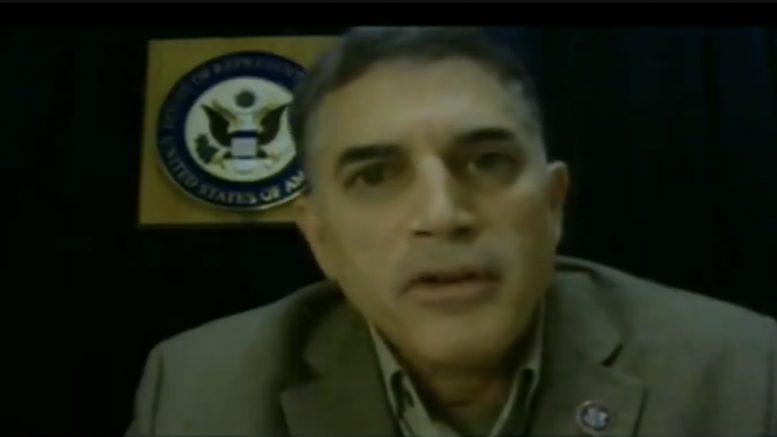 On Thursday, Democrats held a hearing entitled, “Assessing the Election Audit in Arizona and Threats to American Democracy” in the House Oversight and Reform Committee over the results of the Maricopa County, Arizona forensic audit.

Rep. Andrew Clyde (R-GA), during the hearing, simplified what an audit is, following a “leaked draft“, which the mainstream media circulated the night before last month’s Arizona State Senate hearing over the Maricopa County forensic audit reports, regarding the 2020 general election.

“[Americans] deserve to cast votes with confidence and trust in an electoral process and outcome, irrespective of which candidate or party wins,” Rep. Clyde said.

“Every legal vote must be counted and those that are illegal, must be set aside,” he explained. “We cannot allow any legal voters count to be invalidated and cancelled by an illegal vote.”

“I find it important to remind my friends on both sides of the isle, and our witnesses, of the fact that we can take a hundred dollars in one dollar bills and count it as many times as we want, and the count will remain the same; 100. But, if many of those bills are counterfeit, you may have 100 pieces of paper in your pocket, but you sure don’t have $100 in legal tender,” the lawmaker made clear.

“Illegal and counterfeit votes must be tossed out. That is a common sense rule that must be followed in Arizona, Georgia, and all other elections,” he added.

"But if many of those bills are counterfeit you may have 100 pieces of paper in your pocket, but you sure don't have $100 dollars in legal tender"

An audit is NOT a RECOUNT! pic.twitter.com/ytdtQ76Y93

Some of the findings revealed during last month’s Arizona State Senate hearing include:

AZ Audit Contractor: “An Element of the Election System Was Actually Breached During the Course of the November 2020 Election”