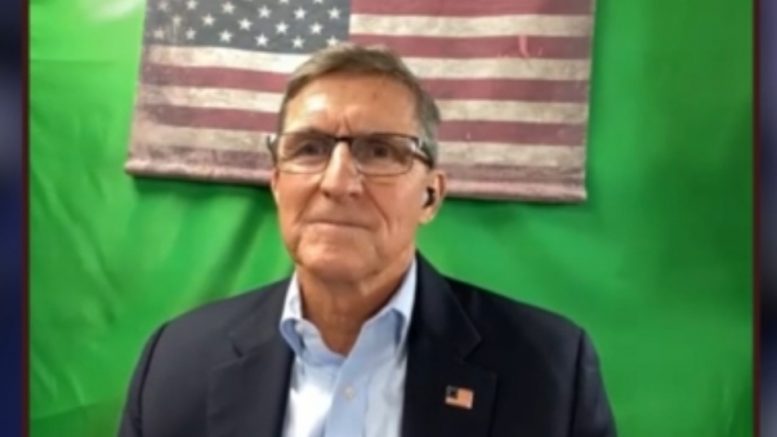 Retired Army Lt. General Michael Flynn is now suggesting that the upcoming midterm elections being held on November 8th will be “a day of reckoning for the establishment.”

In a statement posted to Telegram, the former NSA Director called on the public to “get out and vote like our nation depends on it, because it does.”

Related Article: Flynn: More & More People on All Sides Are ‘Waking Up to the Fact’ That There Is a Small Group Trying to Take Over America

“November 8th is a day of reckoning for the establishment,” Flynn wrote on Telegram. “In the past, we sadly accepted politics as usual. We got used to politicians mouthing promises and then protecting their conniving, scheming backroom deals. No more will we allow them to carry on without any consequences. We the people demand that this next Congress put America First instead of their own personal interests.”

“Let’s get out and VOTE like our nation depends on it, because it does,” he added.

The statement by Flynn comes just weeks before the midterm elections, where Republicans could win back majority of the House by flipping just five seats that are currently held by the Democrats. In the Senate, Republicans would need a net gain of only one seat to take back control.

A simple majority in either chamber would be critical in GOP efforts to help stall key components of Joe Biden’s agenda moving forward.

Sen. Graham Responds To AOC’s Criticism Of Those Using The Word ‘Surge’: “Stop The Madness”