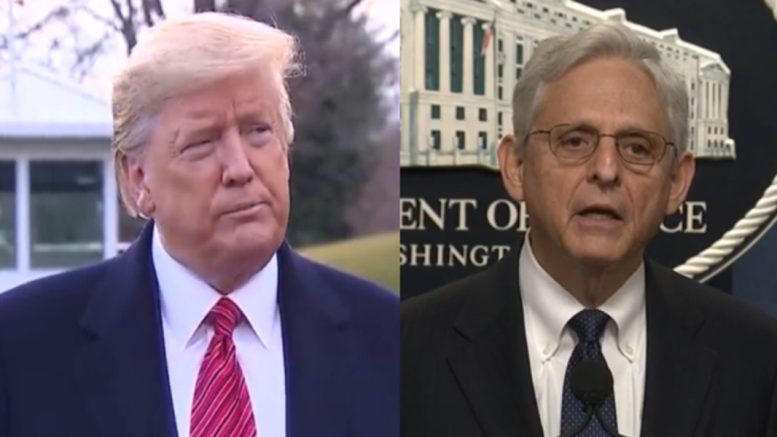 45th President Donald J. Trump said late Thursday evening in a statement that he “ENCOURAGING the immediate release” of the search warrant and related documents that led to Monday’s FBI raid at his Mar-a-Lago home in Palm Beach, Florida.

“Not only will I not oppose the release of documents related to the unAmerican, unwarranted, and unnecessary raid and break-in of my home in Palm Beach, Florida, Mar-a-Lago, I am going a step further by ENCOURAGING the immediate release of those documents, even though they have been drawn up by radical left Democrats and possible future political opponents, who have a strong and powerful vested interest in attacking me, much as they have done for the last 6 years,” President Trump wrote on Truth Social.

“My poll numbers are the strongest they have ever been, fundraising by the Republican Party is breaking all records, and midterm elections are fast approaching. This unprecedented political weaponization of law enforcement is inappropriate and highly unethical,” he continued.

“The world is watching as our Country is being brought to a new low, not only on our border, crime, economy, energy, national security, and so much more, but also with respect to our sacred elections! Release the documents now!” Trump declared.

Garland confirmed on Thursday that he “personally approved the decision to seek a search warrant in this matter”.

Conservative watchdog group Judicial Watch also announced that it has filed a motion on August 9th asking the U.S. District Court for the Southern District of Florida to unseal as soon as possible the search warrant materials used by the FBI to raid President Trump’s Mar-a-Lago home in Florida (U.S. v. Sealed Search Warrant (Case No. 9:22-mj-08332)).

The Albany Times Union and the New York Times joined Judicial Watch in filing for the unsealing of the warrant by filing an amicus letter and motion respectively. 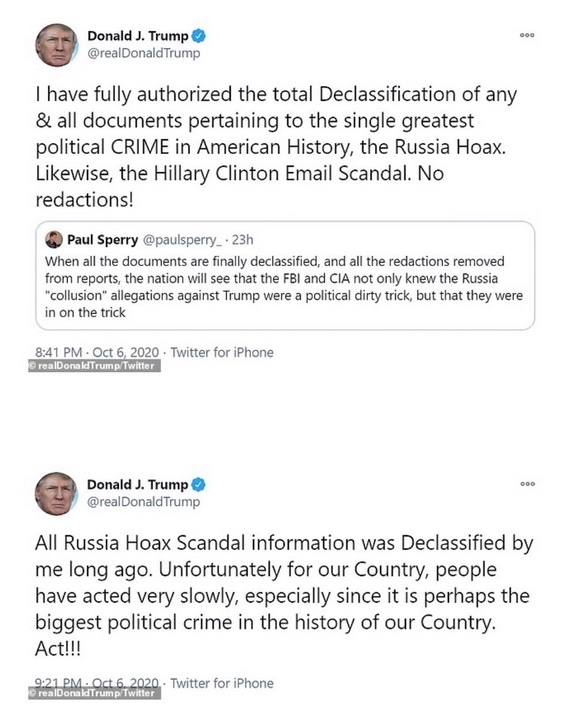 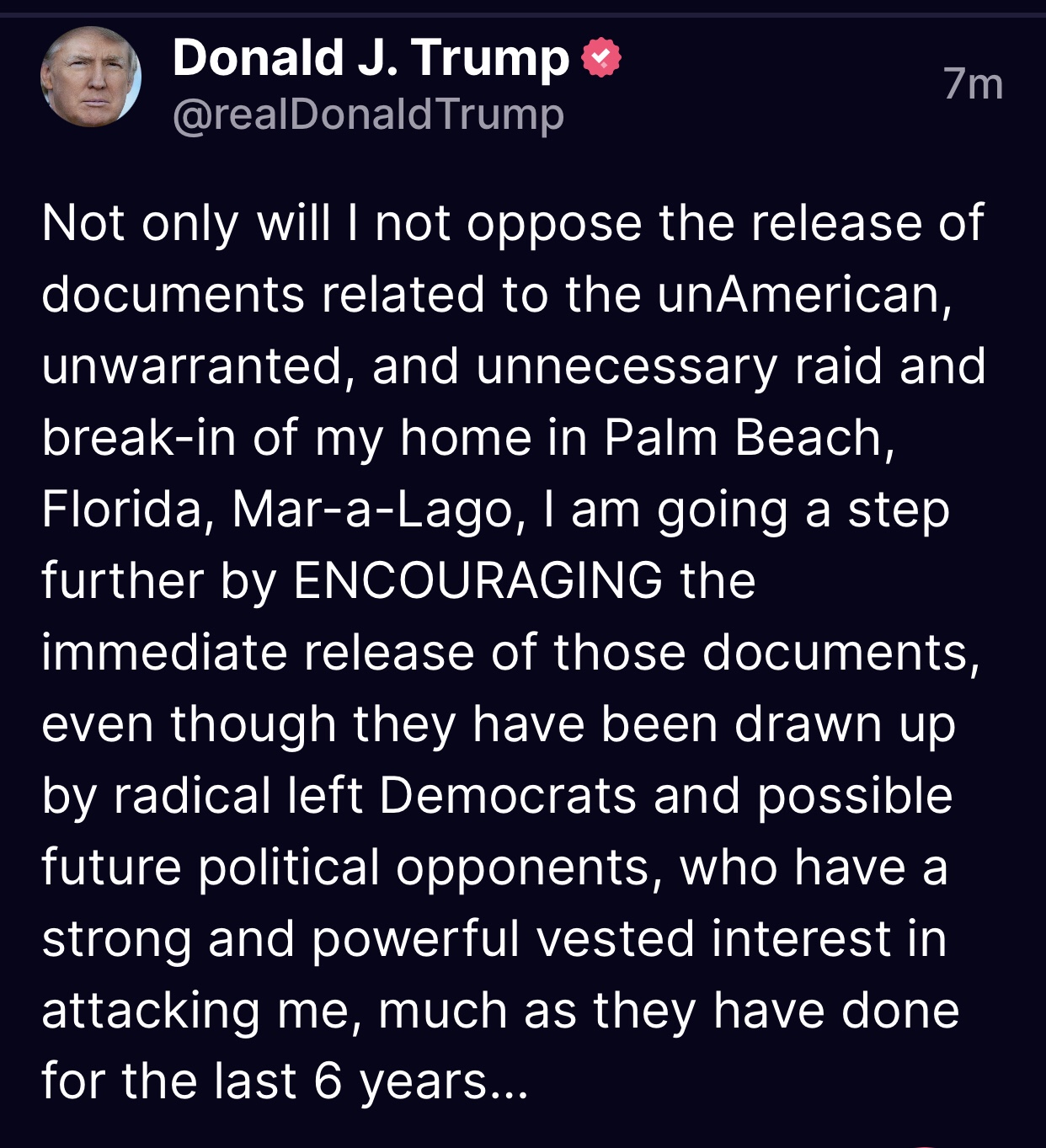 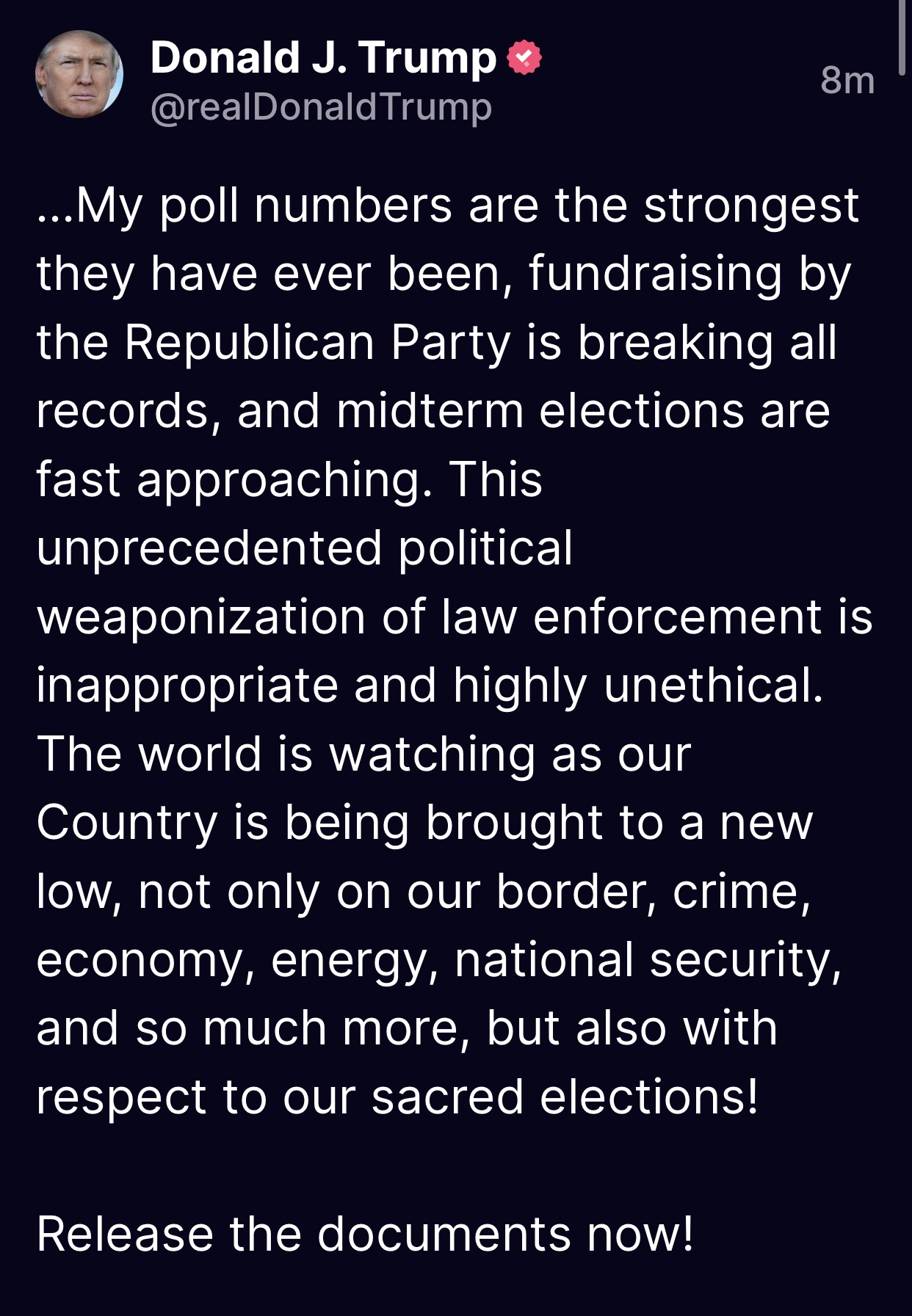 Related: Donald Trump Reacts After AG Garland Admits Approving Mar-a-Lago Raid: ‘They got way Ahead of Themselves. Crazy!’