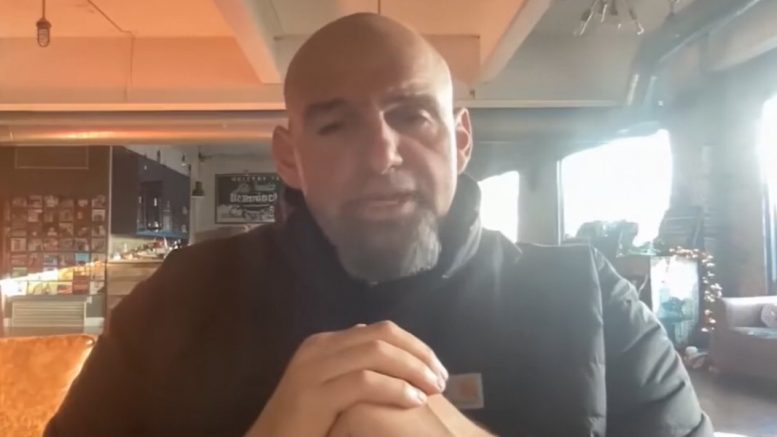 Democrat John Fetterman, who is running for the open Pennsylvania Senate seat against Republican Dr. Mehmet Oz, said that he is against voter identification laws because poor people and “people of color” are “less likely to have their ID at any one given time.”

“Because they understand that at any given time, there’s tens of thousands of Pennsylvanians who typically are on the poorer side and are people of color that are less likely to have their ID at any one given time,” the Democrat nominee claimed.

Pennsylvania Democrat John Fetterman: I’m against voter ID because poor people and "people of color" are "less likely to have their ID” pic.twitter.com/0sVjjk169n

Fetterman also claimed that he is “horrified” by voter ID laws:

According to a 2015 study by Project Vote, 87 percent of Black voters reported having a government ID while 13 percent said they did not.

Ninety percent of Hispanic voters reported having government IDs while 10 percent did not.

Ninety-five percent of White American voters reported having government IDs while five percent did not.

Meanwhile, the Justice Department in July filed a lawsuit against Arizona challenging its recently enacted voting law that is set to take effect in January 2023, which requires proof of citizenship in order to vote in presidential elections, according to a press release from Joe Biden’s Justice Department.

Governor Doug Ducey signed the bill into law on March 30. “Election integrity means counting every lawful vote and prohibiting any attempt to illegally cast a vote,” Ducey wrote in a letter at the time he signed the bill. “H.B. 2492 is a balanced approach that honors Arizona’s history of making voting accessible without sacrificing security in our elections.”

Arizona Attorney General Mark Brnovich responded in a statement in July, vowing to defend the Grand Canyon State “in court” against the “lawlessness of the Biden administration”, as previously reported by The Freedom Times.