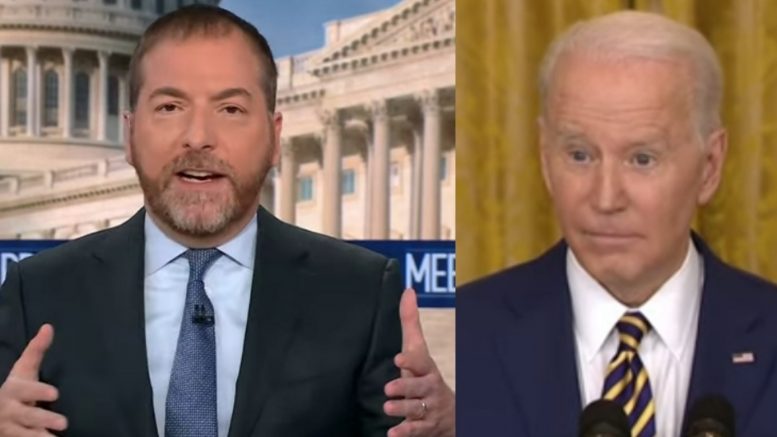 “Our new NBC poll suggests Mr. Biden does need a reset cause he’s lost his identity a bit. He’s no longer seen as competent and effective, no longer seen as a commander-in-chief, or perhaps most damaging, as easy-going and likeable,” NBC host Chuck Todd declared on Sunday’s airing of “Meet the Press” before analyzing the latest polling data to support his claim.

NBC’s poll showed that just 5% of Americans think Biden has done “better than expected” in his first year in office, while 36% think he did “worse than expected.”

Then after flashing up a “Midterm Meter” that shows what Democrats should expect in November, Todd proclaimed Biden’s approval rating “leads to a shellacking for the party in power.”

He then followed up with a “Midterm Meter” based on the direction America is perceived to be moving in, which shows 72% of Americans think the country is moving in the wrong direction.

“That again would put you in shellacking territory for the party in power,” Todd determined. Video Below

"That kind of presidential approval rating leads to a shellacking for the party in power." pic.twitter.com/TDZOkMUKjM