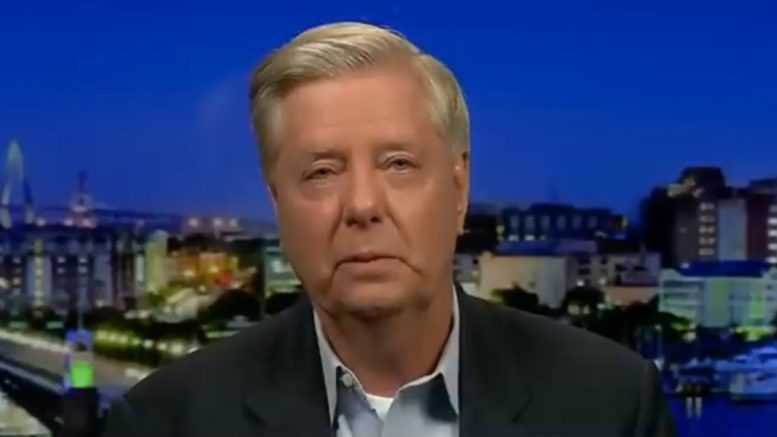 Senator Lindsey Graham (R-SC) on Sunday predicted there will be “riots in the streets” if 45th President Donald J. Trump is prosecuted for his handling of allegedly classified materials taken when the FBI raided his Mar-a-Lago home in Palm Beach, Florida earlier this month.

Lindsey Graham says if Donald Trump is prosecuted there will be riots in the streets. pic.twitter.com/fdv0RJg7qf

Senator Graham also argued that there is a “double standard” when it comes to President Trump. According to the South Carolina senator, he and many other Republicans believe that when it comes to the 45th President, there are no laws, and “it’s all about getting him.”

Shortly after the interview, Donald Trump shared a clip of Senator Graham’s remarks on Truth Social.

The Justice Department on Friday released a heavily redacted version of the affidavit from the FBI raid of Trump’s home. The 45th President called the move “total public-relations subterfuge” and evidence of a “WITCH HUNT!!!”

After the seven-page warrant that authorized the FBI to raid Trump’s home was released earlier in the month, the 45th President said in the statement that the documents were “all declassified”, as previously reported by The Freedom Times.

“Number one, it was all declassified. Number two, they didn’t need to ‘seize’ anything. They could have had it anytime they wanted without playing politics and breaking into Mar-a-Lago. It was in secured storage, with an additional lock put on as per their request,” Trump wrote on Truth Social. “They could have had it anytime they wanted—and that includes LONG ago. ALL THEY HAD TO DO WAS ASK.”