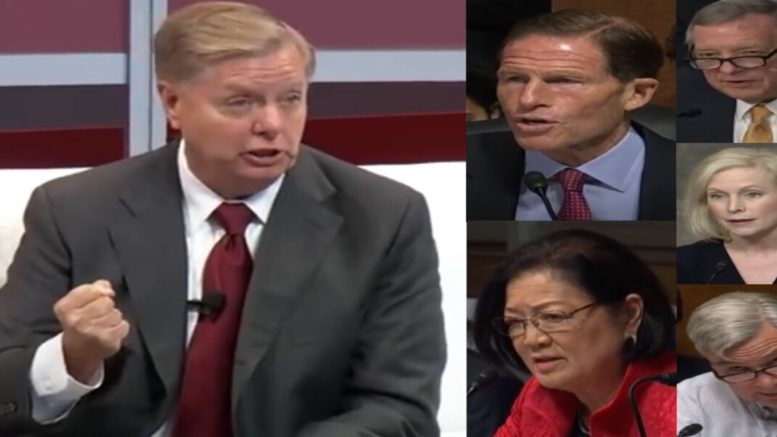 Senate Democrats warned the Supreme Court this week that it could face a fundamental restructuring if justices do not take steps to “heal” the court in the near future.

The ominous and unusual warning was delivered as part of a brief filed Monday in a case related to a New York City gun law. Sens. Sheldon Whitehouse, D-R.I., Richard Blumenthal, D-Conn., Mazie Hirono, D-Hawaii, Richard Durbin, D-Ill., and Kirsten Gillibrand, D-N.Y., referenced rulings by the court’s conservative majority in claiming it is suffering from some sort of affliction which must be remedied, reported Fox News.

“The Supreme Court is not well. And the people know it,” the brief said. “Perhaps the Court can heal itself before the public demands it be ‘restructured in order to reduce the influence of politics.'”

Dramatic changes to the Supreme Court have been proposed by several Democrats vying for their party’s 2020 presidential nomination, with “court-packing” being a common — though highly controversial — suggestion. Increasing the number of justices on the court would allow the president to shift the balance on the bench by loading up justices of his or her preference.

Democratic candidates, including former Rep. Beto O’Rourke of Texas, and Sens. Cory Booker of New Jersey, Elizabeth Warren of Massachusetts, Kamala Harris of California, and Gillibrand, all have signaled an openness to expanding the number of judges on the court should they reach the White House. (Continued Below)

However, Liberal Justice Ruth Bader Ginsburg has spoken out against court-packing, telling NPR in July, “Nine seems to be a good number.”

Senate Judiciary Chairman, Lindsey Graham (R-SC) took note of his Senate colleagues’ brief and fired back on Twitter in a series of tweets.

Graham began, “To my Democratic colleagues: The Supreme Court is well. The American political system is the sick patient (Kavanaugh hearings). The Court is moving center-right and getting out of the left ditch. That’s exactly where the country is headed!” (Continued Below)

The South Carolina Senator continued, ” Hopefully, the days of the Court making laws that can’t be passed through the democratic process are OVER. That’s what the 2020 election and beyond is about when it comes to the Court.”

He added, “When you hear Democrats talking about expanding the Supreme Court……..they are talking about making the Court more liberal. This has been a Dream of the Left for decades. I will do everything in my power to ensure that dream is NEVER fulfilled!”

White House Deflects After Biden Appears to Look for Deceased Congresswoman in Crowd: ‘She was of top of Mind’