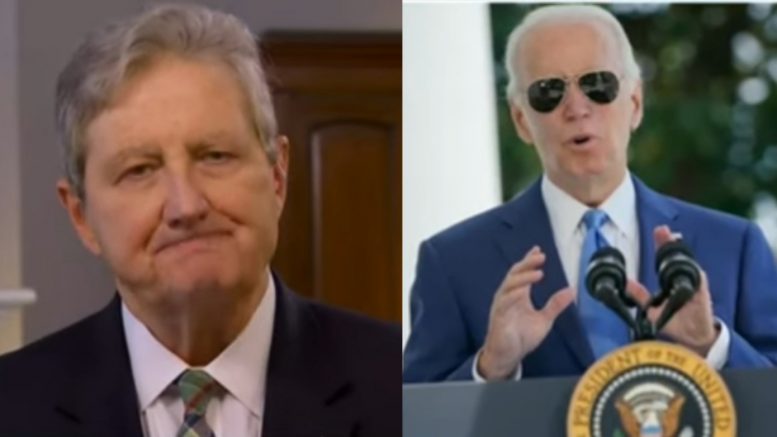 Sen. John Kennedy slammed Joe Biden’s overall perception from American voters as Democrats appear to be “bailing” on the thought of Joe Biden running for president in 2024.

The GOP senator suggested that members of Biden’s party are “running from him” because they think that Biden “will hurt their re-election” due to his “cringeworthy” leadership and mismanagement.

Related Article: Sen. Kennedy: ‘The Price of Gas Is so High that It Would Be Cheaper to Buy Cocaine & Just Run Everywhere’

“I don’t think the American people hate President Biden, I certainly don’t. But I think a majority of the voters in our country, at this juncture, think he would be… he would be better off selling catheters on late night TV than serving as President of the United States. And those are just the facts.”

Rep. Brian Mast Roasts Joe Biden: “His Words Are As Hollow As His Heart & His Head”