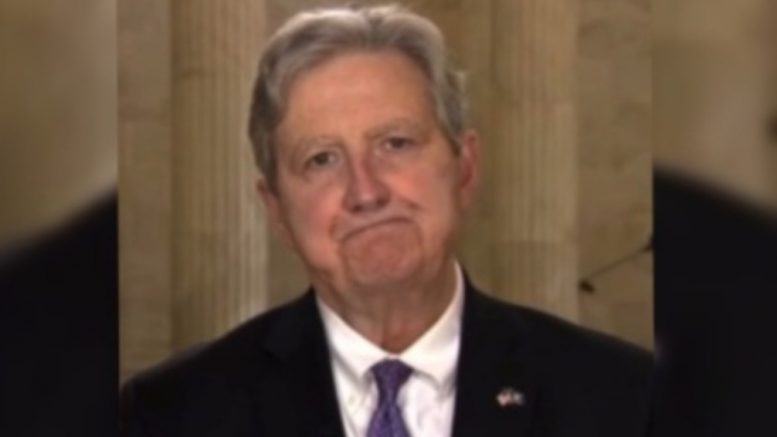 The remarks from Sen. Kennedy come as the Biden Administration scrambles to calm the American people as the inflation rate passed 8 percent in April and the national average of gas prices nears $5 per gallon.

“I don’t know about where you live, Jesse, but in my state the price of gas is so high that it would be cheaper to buy cocaine and just run everywhere,” Kennedy said.

After addressing the crisis at the border, the senator from Louisiana urged Biden and Kamala Harris to “do what we were doing the day before you took office.”

He then declared that Biden is “about as popular right now as a sinkhole” as a direct result of his leadership. Video Below