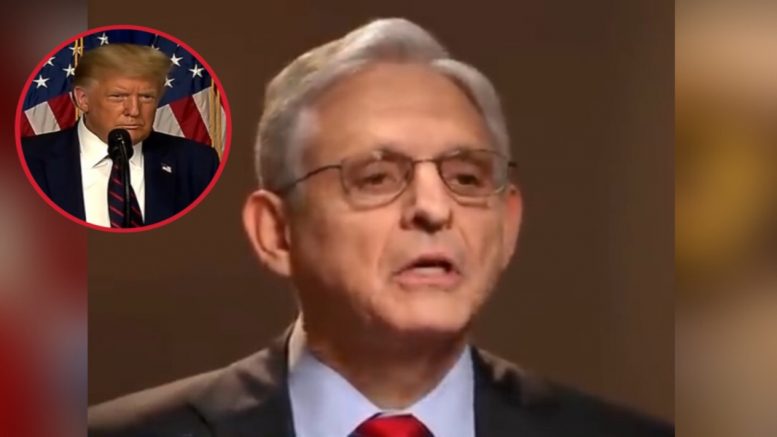 The Department of Justice has opposed the release of the underlying affidavit used to justify last week’s FBI raid at 45th President Donald Trump’s Mar-a-Lago home in Palm Beach, Florida.

“If disclosed, the affidavit would serve as a roadmap to the government’s ongoing investigation, providing specific details about its direction and likely course, in a manner that is highly likely to compromise future investigative steps,” U.S. Attorney Juan Gonzalez and Justice Department counterintelligence chief Jay Bratt claimed in a court filing on Monday, continuing their secrecy of the affidavit.

“The fact that this investigation implicates highly classified materials further underscores the need to protect the integrity of the investigation,” the DOJ claimed in their court filing.

MORE: "The fact that this
investigation implicates highly classified materials further underscores the need to protect the integrity of the investigation" pic.twitter.com/EkgkRD6oHd

Conservative watchdog group Judicial Watch announced last week that it had filed a motion on August 9th asking the U.S. District Court for the Southern District of Florida to unseal as soon as possible the search warrant materials used by the FBI to raid President Trump’s Mar-a-Lago home in Florida (U.S. v. Sealed Search Warrant (Case No. 9:22-mj-08332)).

The Albany Times Union and the New York Times joined Judicial Watch in filing for the unsealing of the warrant by filing an amicus letter and motion respectively.

Attorney General Merrick Garland announced on Thursday that he “personally approved” the decision FBI raid, claiming there was “probable cause” for the search, however, he did not provide specific details into the matter that day or take questions from reporters.

“I personally approved the decision to seek a search warrant in this matter,” Garland admitted during a news conference.

The DOJ also claimed in its filing that it intends to unseal additional documents related to the FBI raid: