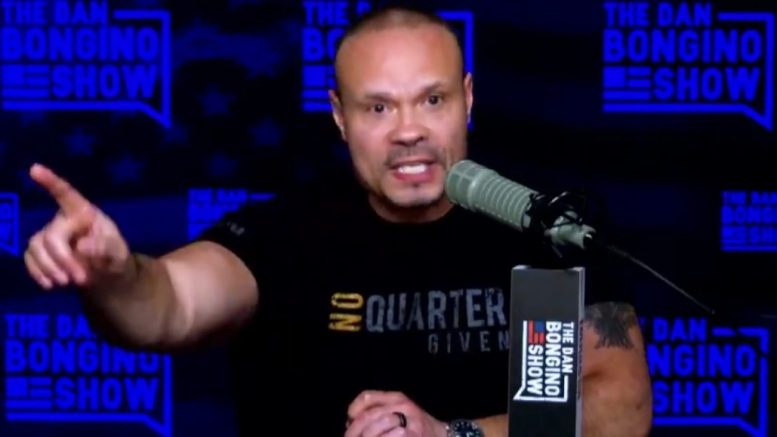 Dan Bongino had a bold message on his Monday radio show for anyone who supports leaving Americans behind in Afghanistan.

“Shut your mouths… sit in the corner!” the conservative commentator exclaimed amid reports that the final U.S. troops were departing from Afghanistan ahead of the August 31 withdrawal deadline, while hundreds of Americans and thousands of U.S. allies were still trying to escape Taliban control.

“Biden’s abandoning our people right now, make no mistake. Liberals, shut your mouths! I don’t want to hear your backtalk. Shut up and sit in the corner!

“He is leaving our people now. You either support leaving our people or you don’t. Shut your mouth otherwise because I’m getting reports everyday from people terrified they’re going to have their heads cut off because of a**holes like you!”

“So, shut your mouth!” Video Below

.@dbongino LOSES IT on those still trying to defend @JoeBiden's disastrous and inept withdrawal in Afghanistan:

"I'm getting reports everyday from people terrified they're going to have their heads cut off because of assholes like you!" pic.twitter.com/QNIFlr0z40