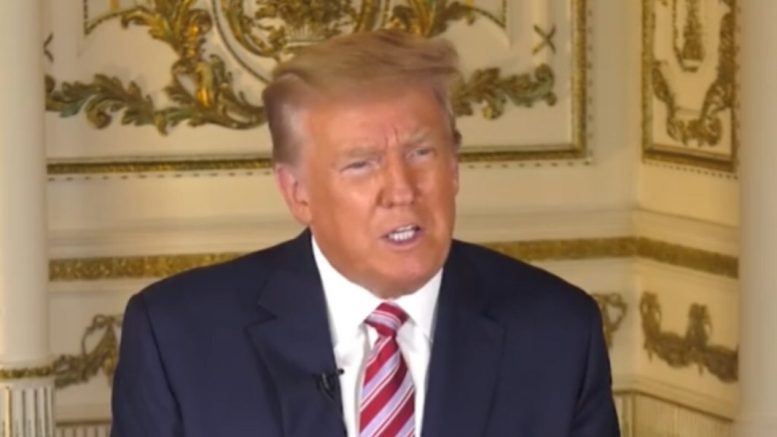 Trump called for the release of the unredacted affidavit in a statement on his Truth Social platform late Monday evening, hours after the Justice Department said it opposed the affidavit’s release because, “if disclosed, the affidavit would serve as a roadmap to the government’s ongoing investigation, providing specific details about its direction and likely course, in a manner that is highly likely to compromise future investigative steps,” the DOJ claimed in a court filing on Monday, continuing their secrecy of the affidavit.

“There is no way to justify the unannounced RAID of Mar-a-Lago, the home of the 45th President of the United States (who got more votes, by far, than any sitting President in the history of our Country!), by a very large number of gun toting FBI Agents, and the Department of ‘Justice’ but, in the interest of TRANSPARENCY, I call for the immediate release of the completely Unredacted Affidavit pertaining to this horrible and shocking BREAK-IN,” President Trump wrote on Truth Social.

“Also, the Judge on this case should recuse!” he he insisted of Judge Bruce W. Reinhart, who had mysteriously recused himself in a case surrounding Trump’s 2016 presidential opponent, Hillary Clinton, in June.

Conservative watchdog group Judicial Watch announced last week that it had filed a motion on August 9th asking the U.S. District Court for the Southern District of Florida to unseal as soon as possible the search warrant materials used by the FBI to raid President Trump’s Mar-a-Lago home in Florida (U.S. v. Sealed Search Warrant (Case No. 9:22-mj-08332)).

BREAKING: Court sets in-person hearing on @JudicialWatch and media requests for the release of the affidavit underlying the abusive Biden raid on Trump's home. Set for Thursday, August 18, at 1:00 pm.

Former Pres. Trump is calling for immediate release of the search affidavit for his Mar-a-Lago home.
In court filings late Monday, DOJ prosecutors said unsealing underlying evidence for the search warrant would cause “significant and irreparable damage.”
pic.twitter.com/5EOxeYz25Q

Donald Trump: ‘FoxFakeNews is not With me & I’m not With Them! ‘TRUTH”