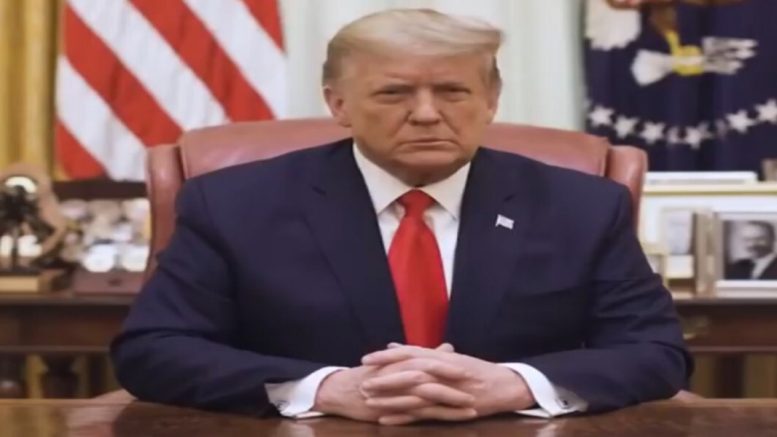 Trump cited incidents of when the FBI tried to undermine his 2016 campaign and presidency.

“The FBI has a long and unrelenting history of being corrupt. Just look back to the days of J. Edgar Hoover. In the modern era, nothing has changed except that it has gotten far worse. Look at Comey, McCabe, Strzok and lover Lisa Page. Check out the brilliantly written but damning I.G. Reports. See what they were willing to do in order to get Crooked Hillary Clinton elected (they failed), and got caught!” Trump wrote.

Special counsel Robert Mueller’s probe, which set out with Democratic and media support to nail Trump for “colluding” with Russia to influence the 2016 presidential election, ultimately failed to prove the accusation.

“NOW THEY RAID MY HOME, ban my lawyers and, without any witnesses allowed, break the lock that they asked us to install on the storage area that we showed them early on, which held papers that they could have had months ago for the asking, and without the ridiculous political grandstanding of a ‘break in’ to a very storied, important, and high visibility place, just before the Midterm Elections,” Trump wrote.

“The whole World was watching as the FBI rummaged through the house, including the former First Lady’s closets (and clothing!), alone and unchecked. They even demanded that the security cameras be turned off (we refused), but there was no way of knowing if what they took was legitimate, or was there a ‘plant?’ This was, after all, the FBI!” Trump concluded.

The seven-page warrant that authorized the FBI to raid 45th President Donald Trump’s Mar-a-Lago home on Monday was unsealed Friday, shows that Trump is under federal investigation for alleged violations of 18 USC 2071 — concealment, removal, or mutilation; 18 USC 793 of the Espionage Act—gathering, transmitting, or losing defense information; and 18 USC 1519 — destruction, alteration, or falsification of records in federal investigations.

Trump reacted in a statement on Truth Social after the release of the warrant, saying that “it was all declassified”. 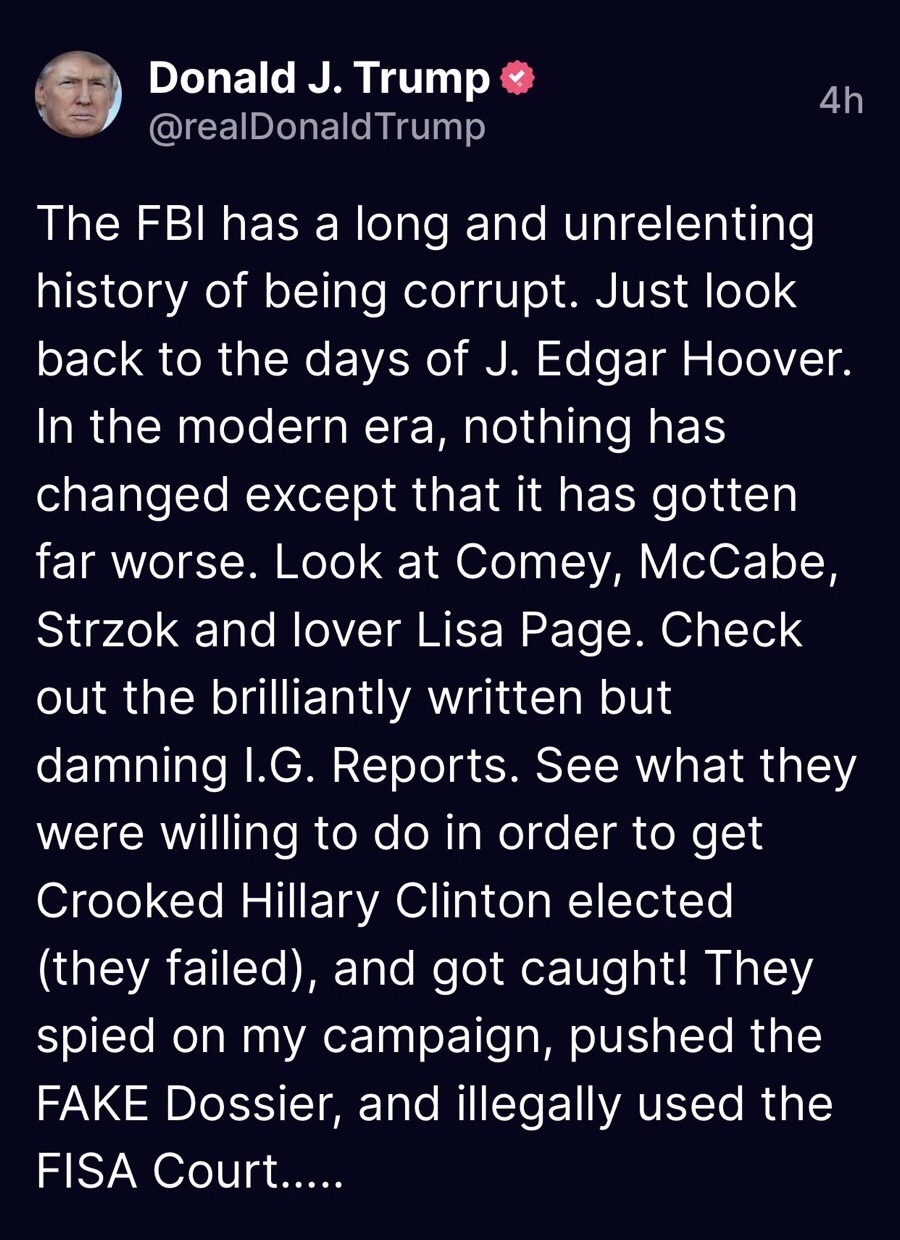 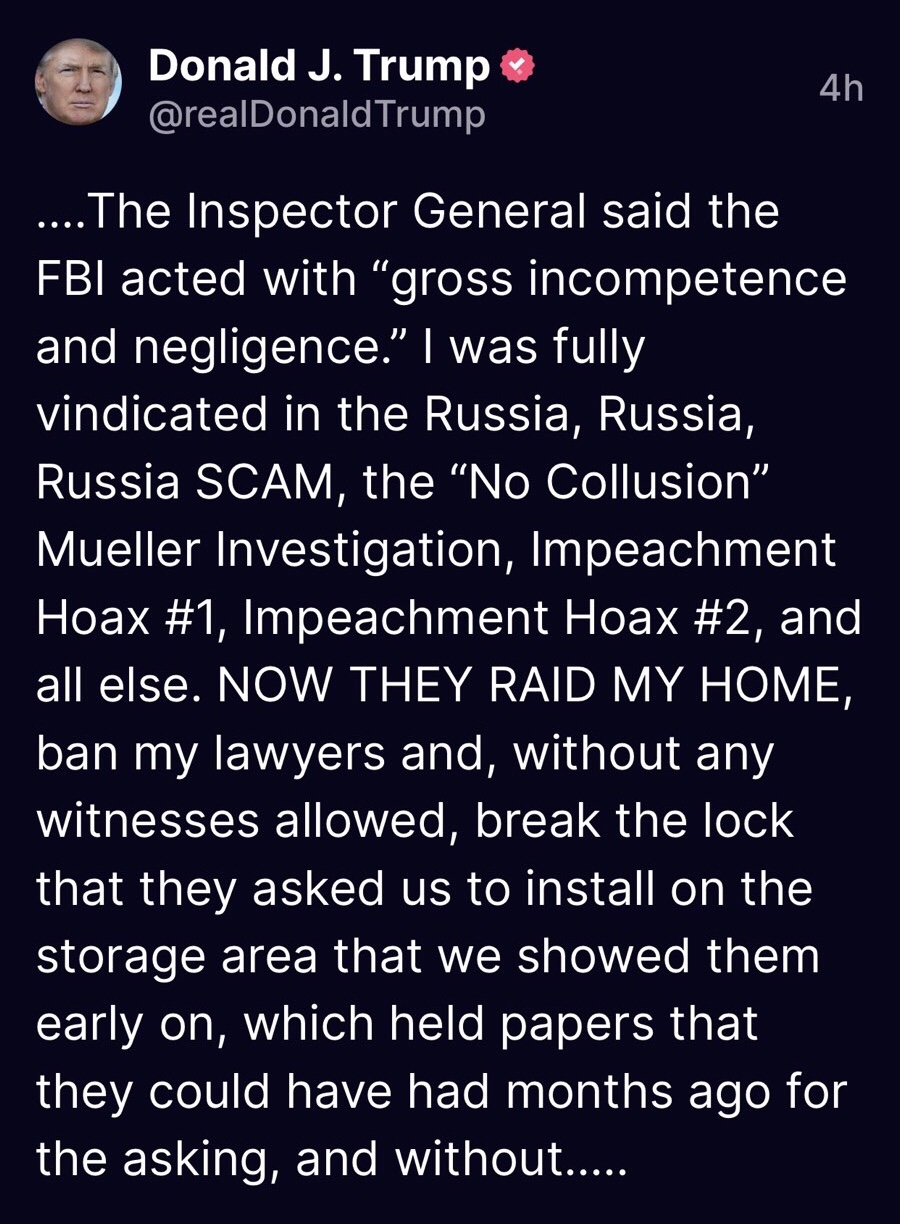 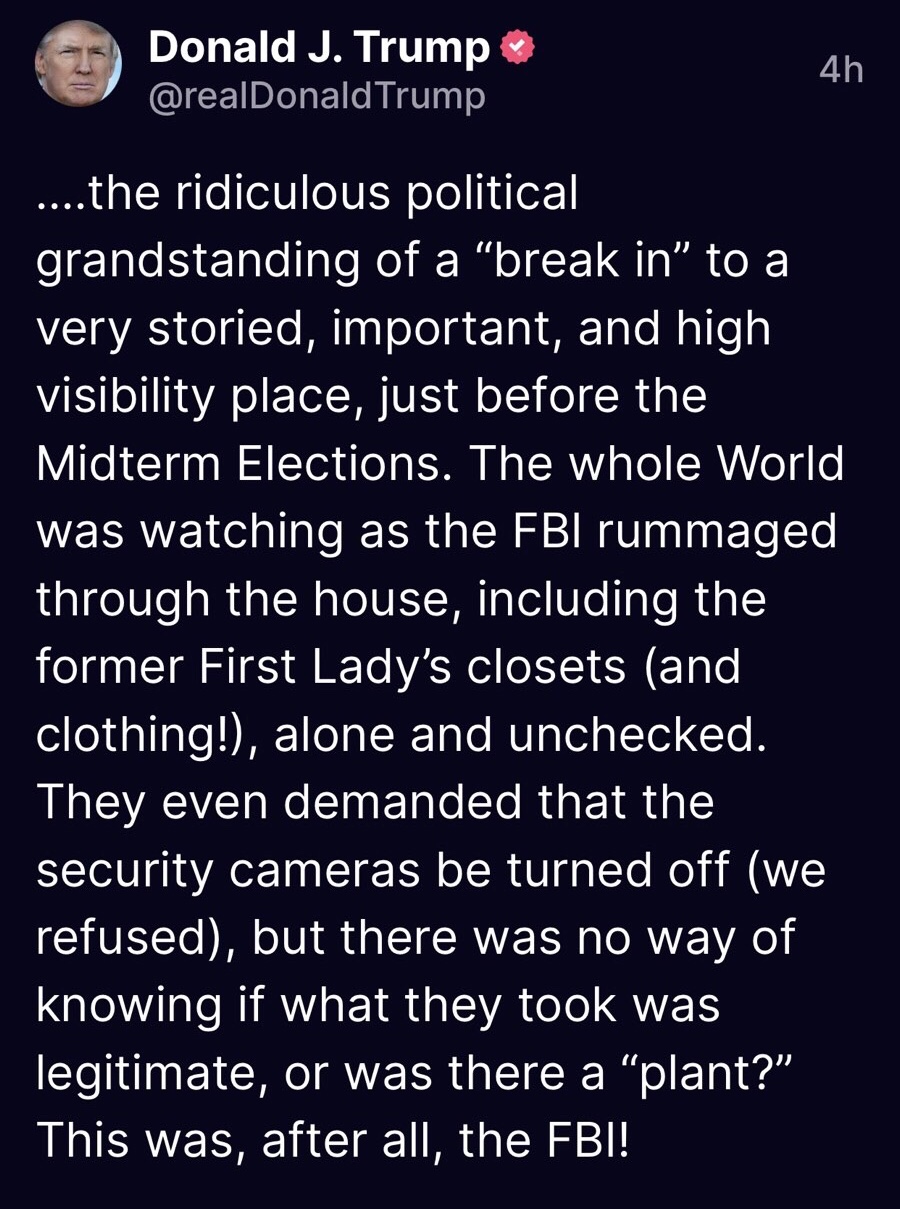