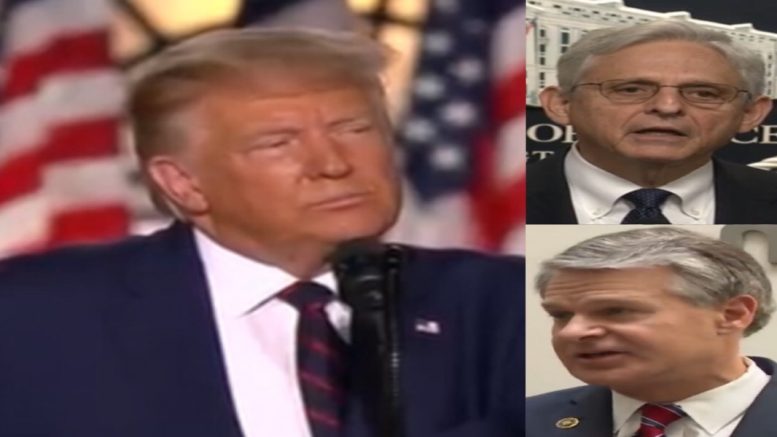 45th President Donald J. Trump on Sunday publicly requested that the FBI return to him attorney-client material the agency reportedly seized from his Mar-a-Lago home Monday in Palm Beach, Florida during the raid.

Attorney General Merrick Garland announced on Thursday that he “personally approved” the decision for the FBI raid, claiming there was “probable cause” for the search, before the warrant was unsealed on Friday.

“Oh great! It has just been learned that the FBI, in its now famous raid of Mar-a-Lago, took boxes of privileged ‘attorney-client’ material, and also ‘executive’ privileged material, which they knowingly should not have taken,” President Trump wrote on Truth Social Sunday, referencing a recent Fox News report.

Trump also said that the FBI should consider his post on Truth Social his formal request that the documents be returned to his Palm Beach estate.

“By copy of this TRUTH, I respectfully request that these documents be immediately returned to the location from which they were taken. Thank you!” he said.

Sources familiar with the investigation into the documents Trump took from the White House, when he left office, told Fox News Trump’s team was informed several documents seized in the raid contained attorney-client privilege information.

The report also notes that the FBI seized records that potentially could fall under executive privilege.

The sources told Fox News the Justice Department opposed requests from Trump’s lawyers that they appoint an independent team to review the records.

In the unsealing of records related to the raid, it was revealed that the FBI seized classified records from Trump’s Florida home, including some marked as one of the top levels of classification – TS-SCI, which stands for Top Secret/Sensitive Compartmented Information.

Trump, however, disputed the classifications of the materials the FBI seized, saying any records in his possession that were previously marked classified have all been declassified. 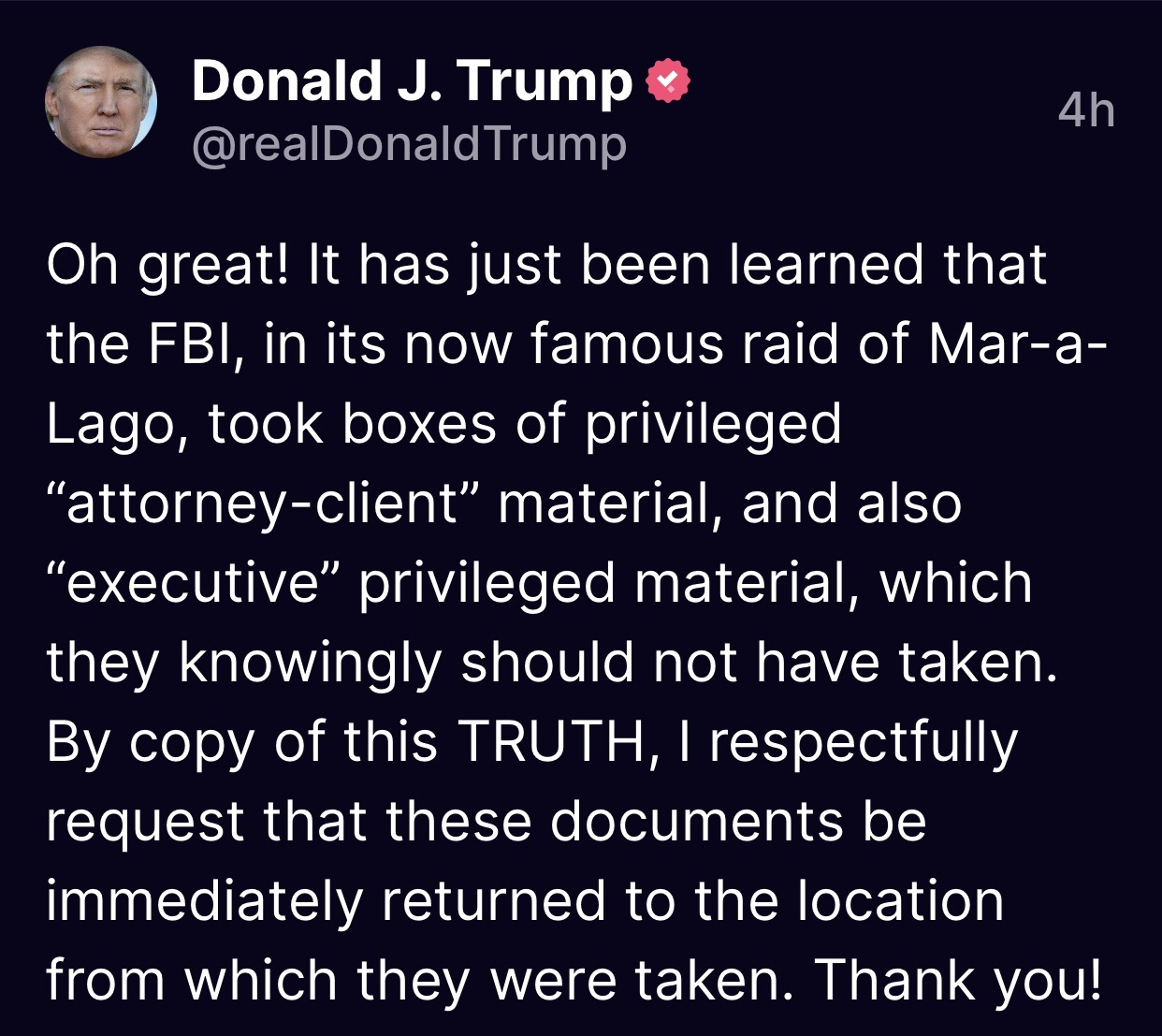 Related: ‘Biden Knew All About This’: Trump on FBI Raiding his Mar-a-Lago Home on Monday